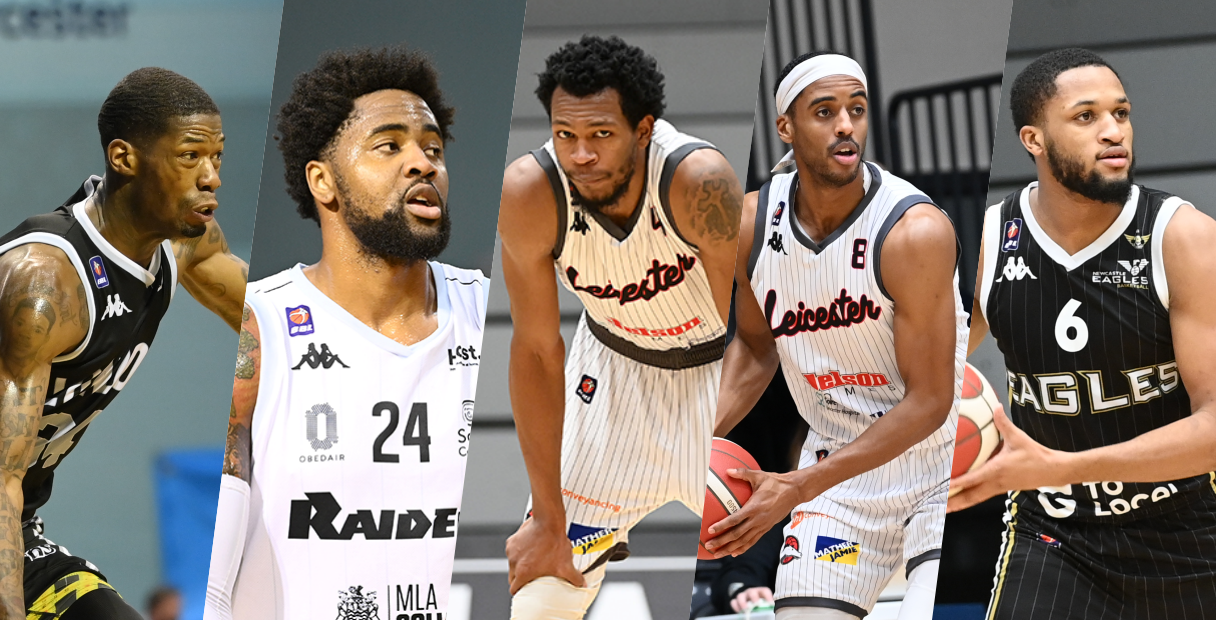 There’s a formidable line-up for the 2020-21 Molten BBL Defensive Team of the Year, voted by BBL Head Coaches, as it includes three representatives from the league’s top two defences – which could only be separated at a decimal point on the final day of the season – as well as the league’s leaders in steals and blocked shots. It’s an almost entirely new line-up, with only one of these players having featured before, and of all the end of season teams this one had the most nominees as 20 different players received at least one vote, with Geno Crandall missing out by just one.

DeAndre Liggins – London Lions
Former NBA man Liggins came into the BBL with a fearsome reputation for defence, having twice won NBA G-League Defensive Player of the Year and previously being referred to as a “diamond in the rough” by LeBron James when he had a role as a stopper on the Cleveland Cavaliers. Liggins gained eight votes, the most of any player, and showed his versatility by guarding opponents’ best players across a variety of positions throughout the season – stopping bigger players when required, and harassing point guards to disrupt opponent offences. He finished the campaign eighth in the BBL in steals with 1.6 per game as Lions forced the most turnovers of any team, and his 4.8 defensive rebounds were seventh among guards and wings. In the mould of a 3&D player, he was also joint-third in the league in total three-pointers made (65) at a near top ten accuracy rate of 41%.

Prince Ibeh – Plymouth Raiders
Just behind in the overall vote, elected by seven BBL Head Coaches, was Plymouth’s 6’10” London-born rim protector after Prince Ibeh led the entire BBL, by quite some distance, in blocked shots at 1.8 per game. That included a huge seven blocks in a single game against B. Braun Sheffield Sharks and multiple blocks in six of his 16 league appearances. Plymouth were the best defence for much of the season, conceding just 76.9 points per game and only letting that accolade slip in the last game, but they did finish as the league’s best at points conceded in the paint with Ibeh patrolling near the rim. He was Big 12 Defensive Player of the Season while at the University of Texas in 2016, and this year made his debut as a Rwandan international, averaging 11 points, eight rebounds and two blocks in a pair of AfroBasket qualifiers in February.

William Lee – Leicester Riders
Another rim protector and the third player in the team with NBA Summer League and G-League experience – with Liggins and Ibeh – is Leicester’s William Lee, who received six votes. Riders ended the season with the league’s best defence, conceding just 76.8 points per game and edging out Plymouth in that regard as their defence helped secure the BBL Championship title when they conceded in the sixties in their last two games. Lee was pivotal in that as he was joint-second in the BBL in blocked shots with 1.3 per game, and third in defensive rebounding with 6.4 per outing, also nabbing one steal per game and playing smart defence to average under two fouls. He had eight games with multiple blocked shots, including being the difference-maker in a narrow 90-87 win over Surrey Scorchers in March with 14 defensive rebounds and four blocks – both season highs – to go with his 15 points.

Jamell Anderson – Leicester Riders
Anderson is in his eighth campaign with Leicester and in six of those they have been the best defensive team in the BBL, as he frequently sets the tone in that regard when regularly given the toughest assignments and picking up opposition point guards to lead Leicester’s disruptive defence. Anderson received six votes from BBL Head Coaches and is the only person to have featured in a previous Molten BBL Defensive Team of the Year, having done so in 2015-16, while becoming only the eleventh player in BBL history to have made more than one appearance. While the full extent of his contribution doesn’t always show up on the stat sheet, he played in all 30 games and nabbed 0.9 steals per outing, which was third best in his career after two seasons – one at Leicester and one at Cheshire Phoenix – where he played higher minutes. He had seven games with multiple steals, also averaging six points, two rebounds and one assist per game.

Cortez Edwards – Newcastle Eagles
Edwards does a bit of everything for his team at both ends of the floor, and also received six votes from BBL Head Coaches. He comfortably led the league in steals with 2.8 per game and a massive total of 83 in league play as Eagles were second overall in turnovers forced; that included multiple steals in 22 games, with a season high of six against Glasgow in April and eight times nabbing at least four. Amazingly, Edwards was also 10th overall in the BBL for defensive rebounds (5.4 per game) and the biggest rebounding guard at just 6’2″. He managed to maintain his intensity while playing the fifth most minutes per game (34.3) and also being seventh in the BBL for assists (5.1) while averaging 15 points. He was also the first player to post a triple-double this season with 10 points, 14 rebounds and 12 assists in a key victory over London Lions.