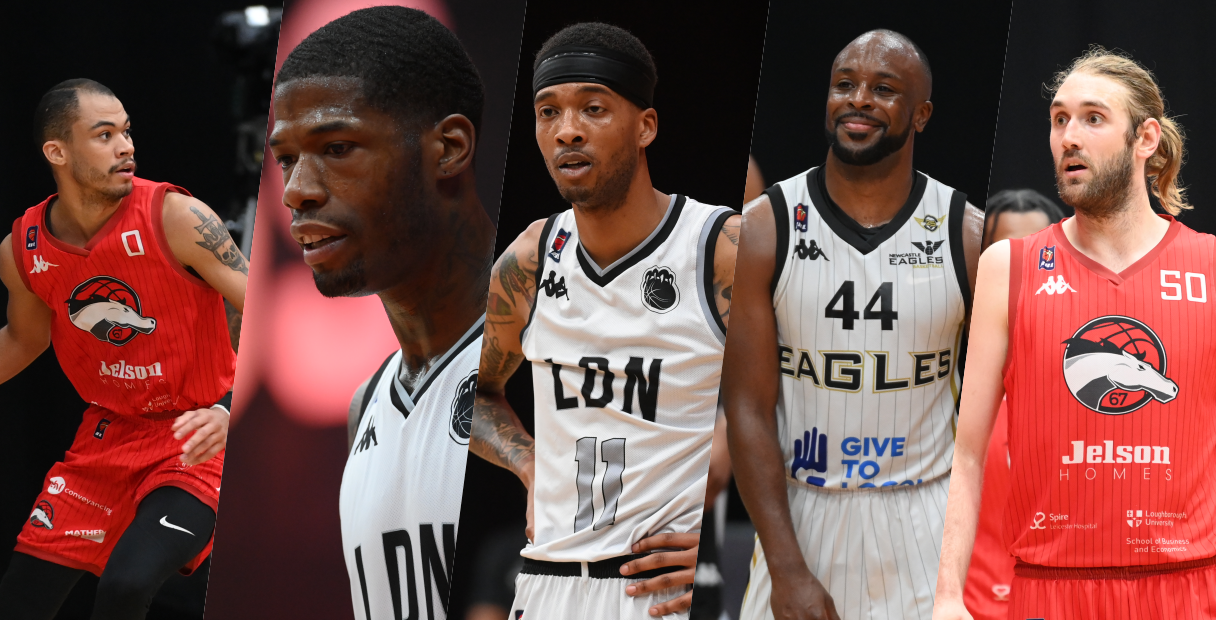 The 2020-21 Molten BBL Team of the Year, as voted by BBL Head Coaches, includes two unanimous selections, a former two-time league MVP who moves into the top five all-time for team of the year appearances, the league’s leading long-range sniper and the formidable point guard and big man pairing from the league champions.

Geno Crandall – Leicester Riders
Leicester’s Minneapolis-native point guard has dazzled all season long and was voted to the Molten BBL Team of the Year unanimously by the ten eligible BBL Head Coaches after leading Riders to a fifth BBL Championship title. He finished the campaign leading the league winners in scoring and ninth in the BBL with 15.9 points per game, second in the league in assists (7.8) and fourth in steals (1.9). The crafty guard also drew the second most fouls of any player in the league as he proved difficult to contain going to the rim and shot an impressive 80% from the line on more than five attempts per game. He had nine double-doubles on the season, which was third among all players, including numerous efforts where he was close to a triple-double in games, led by a monstrous 18 points, 17 rebounds and eight assists in victory over Plymouth Raiders; and 12 points, 12 assists and eight rebounds in a crucial March win over title rivals London Lions. Crandall joined Riders after a season in the Czech Republic, and was previously a two-time All-Big Sky second team selection at the University of North Dakota before graduating from the formidable Gonzaga University.

DeAndre Liggins – London Lions
Also receiving 10 votes was London’s former NBA man DeAndre Liggins, adding this election to his appearance in the Molten BBL Defensive Team of the Year as London finished second in the BBL Championship. He led the league in weekly All-Star 5 appearances with 11 across the season, and finished third in the BBL in assists per game (6.9), eighth in steals (1.6) and fifth in three-pointers made with a total of 65 at an accuracy of 41%. Effective at both ends of the floor all season long, Liggins also contributed 14 points and five rebounds per outing while doing a little bit of everything for his team. Lions lifted the BBL Trophy in March and he was huge across the board in that game, winning the MVP award with 19 points, eight assists, seven rebounds and five steals. He was a player who flirted with triple-doubles throughout the season, finishing with eight double-doubles, including 14 points, 11 rebounds and seven assists as they beat title rivals Leicester in January. He hit a season-high 33 points against Surrey Scorchers in April as Lions pushed the title race all the way to the final games.

Dirk Williams – London Lions
Another Lion who makes his first appearance in the Molten BBL Team of the Year – in his third campaign in the league having previously featured for B. Braun Sheffield Sharks – is the league’s most prolific three-point shooter, Dirk Williams. He hit a total of 91 triples on the campaign, which was fully 25 clear of his nearest rival, Sam Cassell Jr. Coming at a deadly accuracy of 39.7%, he also continued to demonstrate his athleticism going to the hoop, scoring 59% on the inside (ninth in the BBL), and showing his pure shooter’s touch with 89% at the free-throw line (fourth in the BBL). In all, he was tantalisingly close to being just the fourth 50-40-90 shooter in BBL history. Receiving eight votes from BBL Head Coaches, he was second in the league in scoring at 18.8 points per game, with four rebounds and two assists on average. He scored in double-figures in all of London’s last 12 games as they hunted down the title, with season highs of 37 against Manchester Giants and 35 against Surrey, scoring 20 points or more on 13 occasions.

Rahmon Fletcher – Newcastle Eagles
In his sixth campaign with the Eagles, Fletcher has become just the second player in BBL history – alongside another star in the North East, Russ Saunders – to lead the league in both points per game (19.2) and assists (9.3). That amounts to the best season of his career in terms of facilitation and second only to 2016-17 in scoring output, across all of his BBL seasons, the Netherlands, Slovakia and a four-year college career at Green Bay. The 32-year-old Kansas native also makes a fifth appearance in the Molten BBL Team of the Year – one for every completed season he has had on these shores – meaning that he moves further clear as the player with the most appearances since voting moved to this format in 2009; while he moves to joint-fifth all-time (including under the previous format) with players such as Saunders, Peter Scantlebury, Drew Sullivan, Sterling Davis and Danny Lewis, and trailing only Nigel Lloyd (9), John McCord (7), Tony Dorsey (6) and Rob Yanders (6). He scored in double-figures in all but three league games, led the BBL with eleven double-doubles, and also had 21 points with eight assists as Eagles won the BBL Cup in January.

Darien Nelson-Henry – Leicester Riders
Leicester’s American big man has quietly been pivotal in their BBL Championship winning campaign, and as captain of the team it was he who lifted the trophy aloft following their final win of the campaign at Cheshire Phoenix. In his second year with Riders after two seasons in Austria and a college career at the University of Pennsylvania, Nelson-Henry set the tone for the team by showing remarkable consistency throughout while featuring in every game and playing just under 23 minutes per contest. He averaged 12 points and seven rebounds per game, also handing out 2.4 assists as one of the best passing big men in the league. The 6’11” 27-year-old from Kirkland, Washington, finished fifth in the BBL in field goal percentage (58.7%) and fourth in the league with a total of 160 two-point field goals made as the typical go-to player to get Riders established early in games. He put up a big double-double of 19 points and 11 rebounds when Riders needed to win their final game to secure the league title against Cheshire, and in total he had six double-doubles with one of the biggest being 20 points and 11 rebounds as Riders beat fellow title-chasers Newcastle in February.