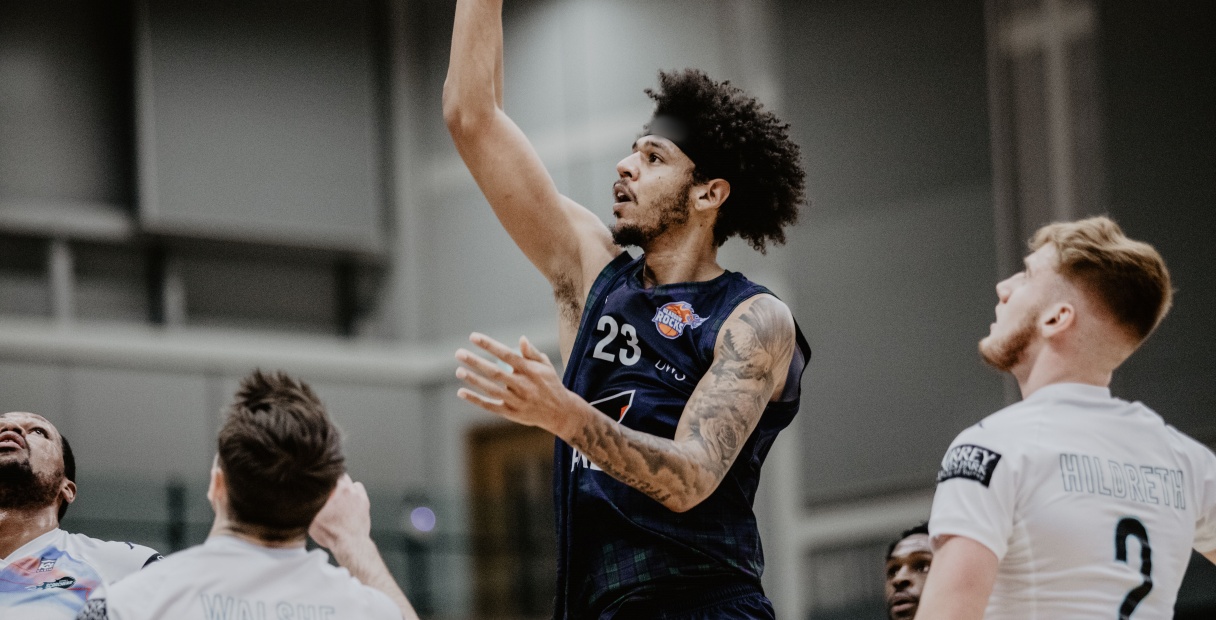 After a busy week and various crucial results at both ends of the BBL Championship table, the latest All-Star Five combines for the highest Performance Points total of the season – by quite some way – as the league’s stars step it up as we enter the final month of the regular season. That includes the joint-highest individual Performance Points tally of any player so far, and the first triple-double of the campaign which had thus far proved elusive despite many players coming very close. It does, however, mean that Jonny Bunyan only makes the bench after a career night saw him knock down 24 second half points and four straight three-pointers as Glasgow Rocks mounted a big come back.

Ronald Delph – Glasgow Rocks
The American seven-footer tied the highest individual Performance Points total of any player in the BBL this season, in his final game for the Rocks. Delph had a monster double-double of 32 points and 18 rebounds as his team scored a big win over Manchester Giants at the Emirates Arena, including a buzzer-beating triple at the end of a decisive third period, and another early in the fourth to put daylight between the teams. He hit 3-5 (60%) from three-point range and knocked down five mid-range jumpers as he showed the full extent of his skillset.

Rahmon Fletcher – Newcastle Eagles
Eagles remain second in the BBL Championship after their backcourt duo took apart title-chasing London Lions at the Vertu Motors Arena on Friday night. Fletcher gains weekly honours for the sixth time – third most of any player – after leading all scorers with 26 points en route to a double-double, adding 14 assists. He connected on 4-6 (66%) three-points and all eight of his free-throws, including scoring eight points in the final three minutes of the first period as Eagles went on a 17-0 tear that proved decisive.

Rickey McGill – Plymouth Raiders
Perhaps the form player in the BBL at the moment, appearing for the second time in three weeks, McGill posted a first double-double of the season as Plymouth moved within touching distance of second spot with a dominant road win in Manchester. He scored 23 points, including 10-15 (66%) inside shooting, while handing out 12 assists, adding four rebounds and four steals. Raiders trailed at the half, but McGill scored six points with two assists and a steal in the key 13-2 burst that ended the third quarter and took his team from a single shot advantage to a comprehensive double-digit win.

Jordan Williams – Worcester Wolves
Wolves also scored a big victory over London Lions, while consolidating their own current position in the Play-off spots, as Jordan Williams proved unplayable at the Copper Box Arena on Sunday afternoon. The British forward had a double-double of 23 points and 11 rebounds, making 6-8 (75%) free-throws as he drew seven fouls in the game. He also added six assists and four steals, scoring eight of his points and grabbing four of his boards in a first quarter in which Wolves got up by double-figures as they led from tip-to-buzzer.

Cortez Edwards – Newcastle Eagles
Edwards won the race to the first triple-double of the campaign, despite numerous players coming close all season in a talent-laden BBL, and he also closes the gap on DeAndre Liggins at the top of the table for most All-Star Five appearances, this being his eighth. In Friday’s big win over Lions, he finished with 10 points, 14 rebounds and 12 assists, also adding three steals and two blocks. After having four rebounds, four assists and three steals in that decisive opening period, he registered the rebounds and assists elements of the triple-double first, only completing it by scoring his tenth point with 1:32 remaining in the contest.