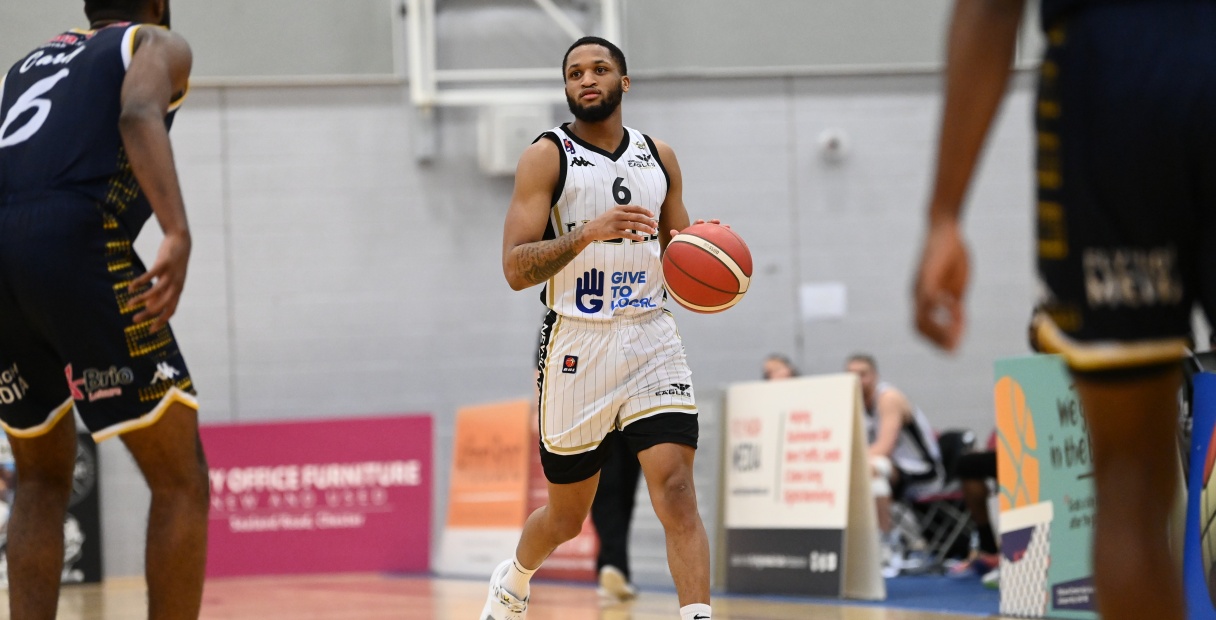 After moving into the final month of the BBL Championship regular season the latest All-Star Five is led by Cortez Edwards, who is now just one short of DeAndre Liggins in the race for most appearances; and includes a pair of Surrey Scorchers who caused an upset against Edwards and the Eagles to close out the week. There’s an honourable mention for Justin Satchell off the bench, as he tied the highest Performance Points total of the season, shooting 13-16 (81%) for 36 points in defeat against Leicester Riders.

Cortez Edwards – Newcastle Eagles
Newcastle made it three straight wins live on Sky Sports on Friday night, beating Glasgow Rocks behind another big performance from Edwards as he makes his eighth All-Star Five appearance of the campaign, second most of any player. He stuffed the stat sheet once more with a game-high 25 points, alongside eight rebounds, six steals and five assists. He scored 12 points in just under four third quarter minutes as Eagles established a double-figure lead that they would hold to the end.

Dirk Williams – London Lions
Williams is another player in the league’s MVP race as he makes his fourth showing in the weekly team, after pouring in 35 points – just two shy of his season-high – as Lions powered past Surrey Scorchers, shooting 7-10 (70%) inside and 5-11 (45%) from beyond the arc. He could have been in the team twice this week, as he scored 25 points on 5-6 (83%) three-point shooting against his former club B. Braun Sheffield Sharks in the week’s other Sky Sports game just a couple of days later.

William Lee – Leicester Riders
The league leaders took another step towards the BBL Championship title, bouncing back from defeat to edge out Manchester Giants on Sunday night behind an efficient performance from Lee. The American forward shot 8-10 (80%) from the field on his way to a team-high 19 points, almost completing a double-double with nine rebounds, adding two assists and two blocks. He had eight points and five rebounds in the third quarter during which Riders turned a deficit into a lead that they held for good.

Tony Hicks – Surrey Scorchers
In Surrey’s upset win over the Eagles on Sunday, Hicks took the game to Newcastle’s formidable backcourt and proved hard to handle, leading to his second consecutive All-Star Five showing. He posted a double-double of 16 points and 11 assists, shooting 8-9 (88%) at the free-throw line, including nine points and four assists in the third quarter spell that decided the game. Hicks added four rebounds, two steals and two blocks.

Tayo Ogedengbe – Surrey Scorchers
Making the All-Star Five for the first time this season, captain Tayo Ogedengbe led the scoring in that game with Newcastle, pouring in 23 points on 9-12 (75%) shooting including 4-6 (66%) from deep. He hit two triples in the second stanza as Surrey made it a double-digit game, and then scored 10 points in five third quarter minutes as the lead reached what proved to be an insurmountable 20 points.