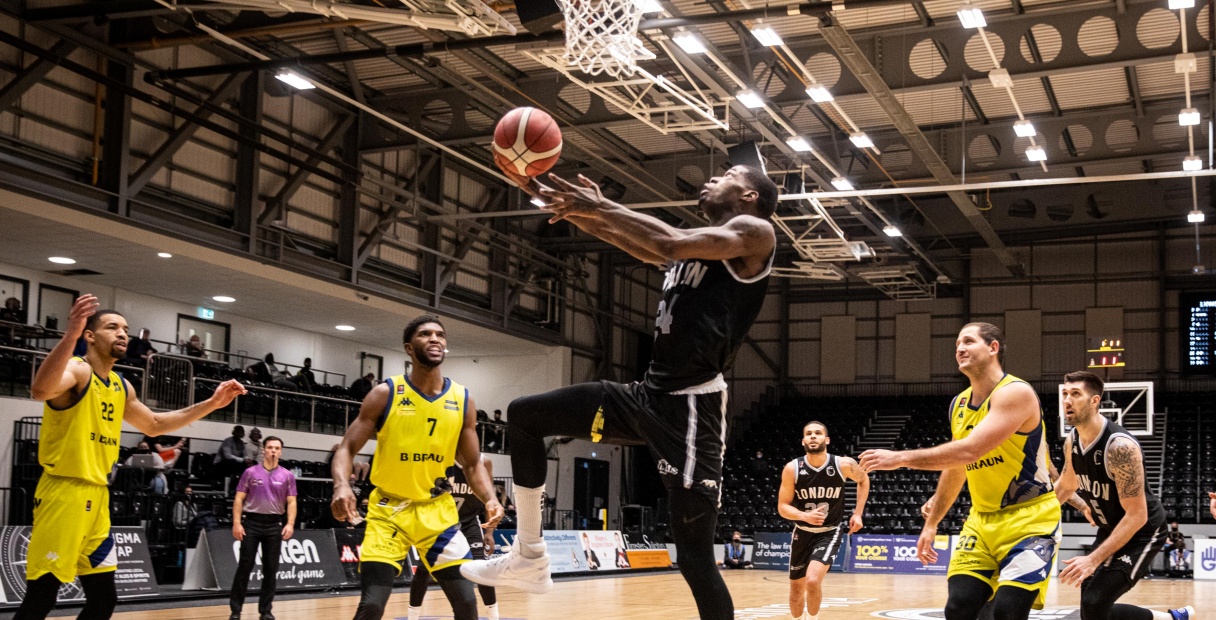 The jostling for BBL Championship positioning is heating up as we enter the final stretch, with the latest All-Star Five including four representatives from teams outside the top five, all of whom posted double-doubles in the Play-off chase. But it’s led by a more familiar face from the other end of the table, as DeAndre Liggins and his London Lions moved back up to second, and he moves further clear as the player with the most appearances.

DeAndre Liggins – London Lions
Lions are back up to second in the table after five straight wins, and Liggins could have made the team twice after wins over Glasgow Rocks and Bristol Flyers, securing him a tenth All-Star Five appearance of the campaign, but first for three weeks. In midweek he hit six three-pointers on his way to 30 points, with seven assists, in a dominant win over Glasgow; then against Bristol he had a double-double of 18 points and 10 assists.

Maarten Bouwknecht – Worcester Wolves
Bouwknecht makes his second appearance of the season after posting a near triple-double as Worcester used a big fourth quarter to beat Cheshire Phoenix and temporarily overtake them in the league. He had a game-high 18 points, with 10 assists and seven rebounds, with half of his points coming in the fourth quarter including six in the crucial 8-2 run that broke a tie and put Wolves ahead for good with five minutes to play.

Antwon Lillard – B. Braun Sheffield Sharks
It’s a third showing in the weekly team for Lillard, but first in over four months, after Sharks beat Surrey Scorchers to put some daylight between themselves and the chasing pack outside of the Play-off positions. His double-double consisted of 24 points and 10 rebounds, shooting 7-10 (70%) on the inside, adding three assists and two steals. With the teams tied early on, he scored eight points in a minute and a half and Sheffield never looked back.

Lacey James – Surrey Scorchers
James was a key mid-season addition for Surrey, and he gains his first weekly honours after Scorchers got a big win over Worcester on Sunday. He did a bit of everything for his team, scoring 14 points and grabbing 13 boards for a double-double, with three big blocks, two assists and two steals. He did much of his scoring early, but was key at the defensive end – including five defensive rebounds – as Scorchers held their visitors to just 12 fourth quarter points to settle it.

Justin Satchell – Manchester Giants
After hitting 36 points in defeat last week, Satchell continued his good form into a double-winning weekend for Giants that has them right back in Play-off contention, and leads to his second All-Star Five appearance. He played all 40 minutes in Giants’ big Roses Derby win over Sheffield, with a double-double of 18 points and 13 rebounds, adding four assists. Giants won every quarter, with Satchell a consistent scoring threat, but he hit eight points in the last four minutes of the first as Giants turned a deficit into a lead that they held for good.