They’ve already won as many games this season as they had in their last three WBBL Championship campaigns, but the London Lions aren’t content with just roaring away at the top of the league standings and are now eyeing silverware as they contest the WBBL Trophy Final on Sunday.

One of their star guards, Cassie Breen, tells us the WBBL Championship leaders have their sights set higher, too, as she discussed what it means to her and the team to be in the final and what their aims are for this crazy 2020/21 season.

“I’m looking forward to the final because I know the history of this club and what it means to this team to be here. I know last year wasn’t a great year for the team so to be able to come in and help turn things around for the team as well as the young kids in the academy is important for us all.

“Our main aim this season is to put this club on the map and I think there’s a lot in store for this team in the future. With the team we have we can do a lot of great things together, not only in British basketball but also in Europe and that could be the goal for us in the near future.

“To win a trophy is a chance for us to show that we’re contenders at this level. We’re such a strong team, we have really competitive practices which enables us to do our best in each game, and I think it is amazing for us to be in this final where we’re going to play hard, have fun and hopefully win.”

“I’ve enjoyed being here so much.”

As part of a new-look team this year, Breen has set the WBBL alight with her play at times – particularly with her shooting from beyond the arc – but the chemistry between the group is what shines through in particular on the court.

The Michigan native spoke about the depth and ‘swagger’ of this Lions side, as well as how they’re ‘empowered’ by Coach Mark Clark to reach their potential as a group.

“It’s kind of crazy that with our backgrounds a lot of us have somehow managed to cross paths somewhere earlier in our careers, whether that be in college or playing overseas, but our starting five and first two off the bench are really very experienced players and we mesh so well.

“We’re so open as a group, we celebrate each other and our off-court chemistry feeds our on-court performance, so I think that is where our swagger comes from and that in turn helps us win games and put us in the position we’re in.

“I’ve enjoyed being here so much. It helps to have a great point guard in Kennedy and some really great screens for me to run off and create shots. Mark enjoys letting us play our game, which is empowering for all of us and has helped my performance immensely.” 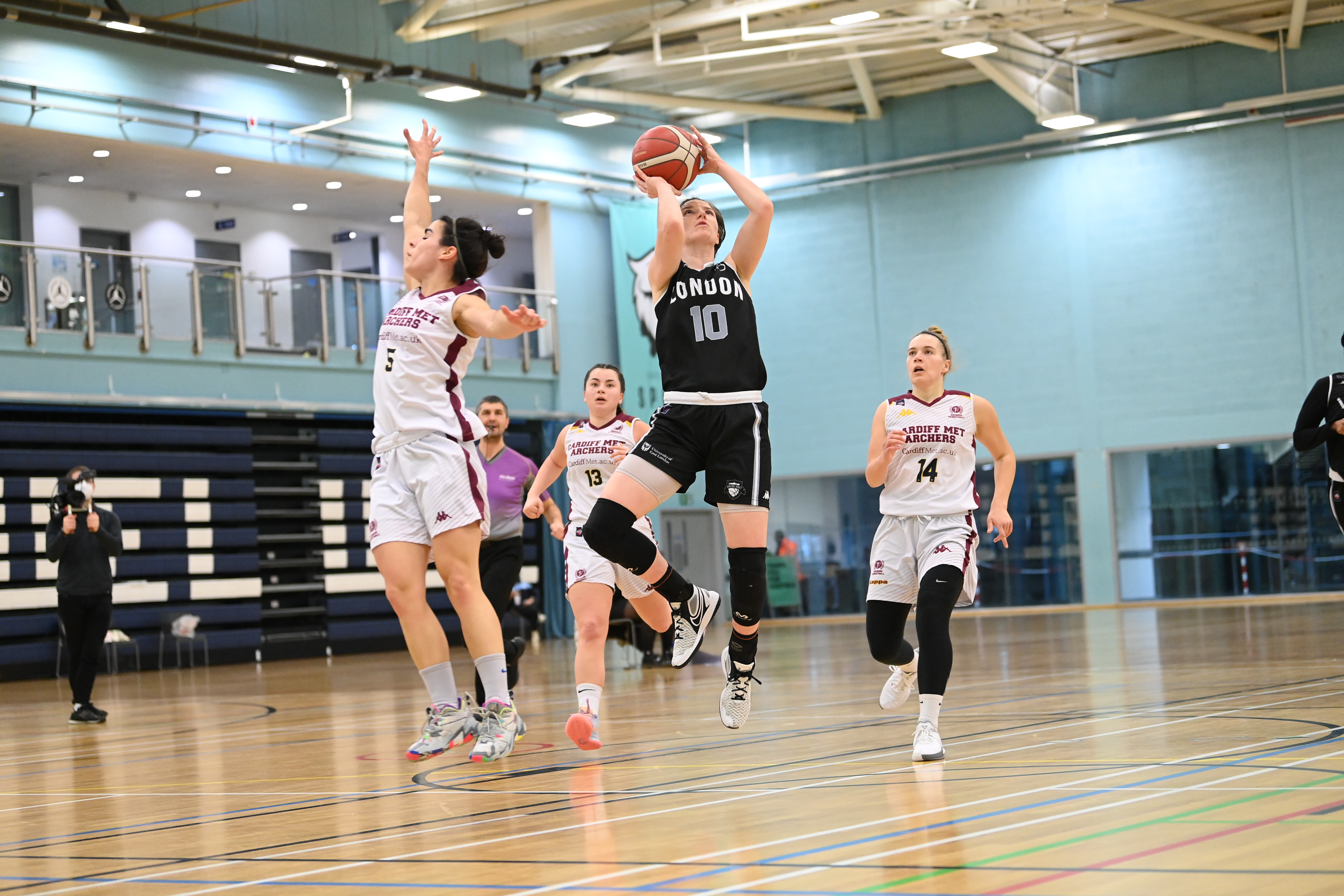 “We’re a team full of weapons.”

The last time the Lions faced off against their Trophy Final opponents, Nottingham, Breen had quite the game with 35 points and a whopping 63% field goal percentage, shooting 58% from three-point land to boot!

The BA sharpshooter assessed the strengths of their opponents on Sunday, whilst also adding that she’s ready to face any schemes or traps the Wildcats lay to prevent another big performance from her on the day.

“Each team offers a different challenge and brings out a different side to our game. Nottingham are a strong side with a really good post player in Jasmine Joyner, a really good point guard and good shooters as well, but Mark always tells us it’s not about the opposition, it’s about us.

“We know what we need to do to win the game. Focussing on our rebounding, our defensive execution and turning that into offensive momentum is key, and we love to run, so the more we can do those things the better.

“I like a challenge and the game within the game, figuring our what shots will work. If teams key in on me then it opens it up for my teammates. We’re a team full of weapons and opponents can key in on one of us but it’s really hard to stop all five of us on the court, so we’ve just got to execute.”

With the showpiece final being broadcast live on Sky Sports, the fantastic quality on show from both teams is sure to excite the viewers and Breen hopes that the performances of both teams can capture the imagination of the younger viewers in particular, as she discusses inspiring future female players.

“It’s really important to me. My goal after this is to become a coach somewhere in the world, and I think with regards to the young players coming through in the women’s game in Britain, it’s so important to inspire young girls because there is so much undiscovered talent here, I think.

“Soccer is such a massive sport here, but there are so many girls out there – and our academy is proof of that – who are so talented and have the potential to go far in basketball, so to be able to be a mentor, a teammate and role model for them is important to us.

“We want to offer them opportunities, push them on, and teach them not to back down from a challenge. I’ve played at the highest level in America, but that doesn’t mean these girls can’t guard us or learn from us and that we don’t want to teach them, because we do, so inspiring girls is huge for us and it means a lot to us to be in a position to do that.”