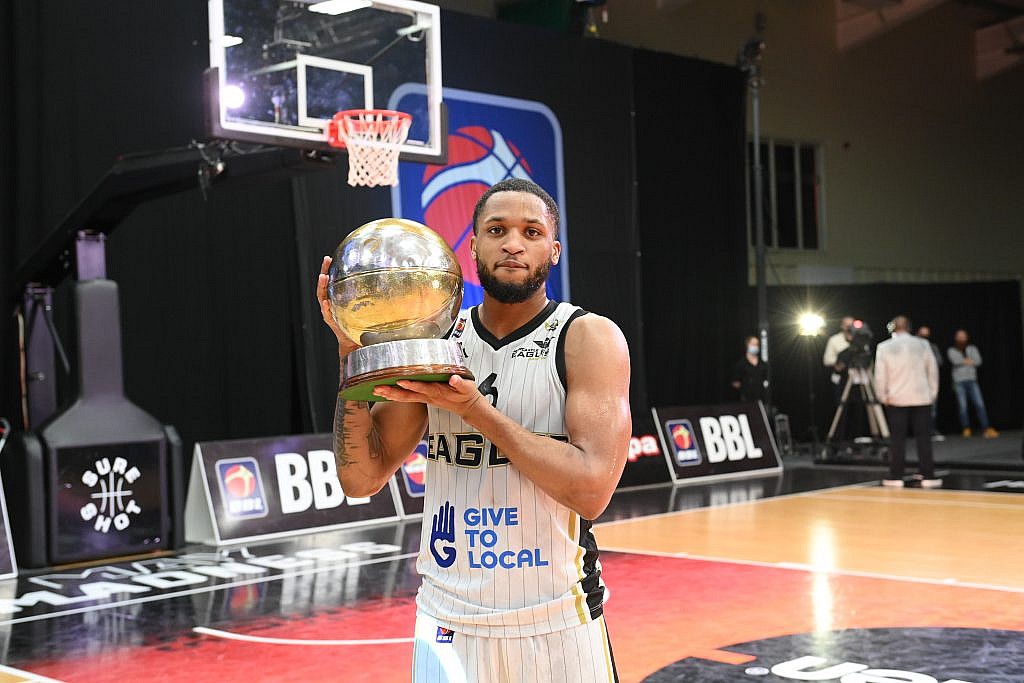 After coming close to a triple-double, American guard Cortez Edwards has won the BBL Play-off Final MVP award, leading Newcastle Eagles to a record seventh post-season title as they edged out London Lions 68-66 at the Morningside Arena, live on Sky Sports.

Edwards scored close to one third of his team’s total, with 22 points, completing a double-double with a massive 13 rebounds, and also adding seven assists and four steals.

Most significantly, he carried the load during the key moments and also iced the free-throws that would win the game inside the final minute. Eagles had trailed by double-digits four times, and were in the biggest hole of all at 54-42 with just thirteen minutes to play.

From there Edwards took over, as he scored six straight points in an 8-0 burst towards the end of the third, before he opened the fourth with the first five points and then lobbed up an ‘alley-oop’ pass for Evan Maxwell to give Eagles a 57-55 lead, their first since the opening possessions.

In total, it was a 15-1 surge in five and a half minutes over the third quarter break in which Edwards had scored 11, half of his points. With the teams tied at 66 heading into the final minute, Edwards drove at DeAndre Liggins and drew a key foul, sinking the free-throws that separated the teams before a series of strong defensive stands.

It was a characteristic performance for the tough 6’2″ native of Florida, as he was the first player this season to have a triple-double earlier in the campaign, and averaged 15 points, seven rebounds and five assists on the season.

Speaking to Sky Sports immediately after the game, Edwards said

“I feel amazing. We had great resilience and just kept fighting and kept fighting. London is a great team, so we knew we had to stay together and pull through.

“I felt like in the second quarter I did everything well but score baskets, I was rebounding well, I had energy, and I was trying to pressure Liggins as much as possible. So once the third quarter came I just started to find my groove.

“We just wanted to make it difficult for everyone on their team to make decisions and just shrink the floor and close out well to their shooters.”

“There’s nothing he cannot do. He’s not even sweating, he’s an incredible athlete and does a massive amount for the team. If they take away Fletch, as far as ball handling goes and getting down hill, we brought him in to be that second guy. He’s done an incredible job.”