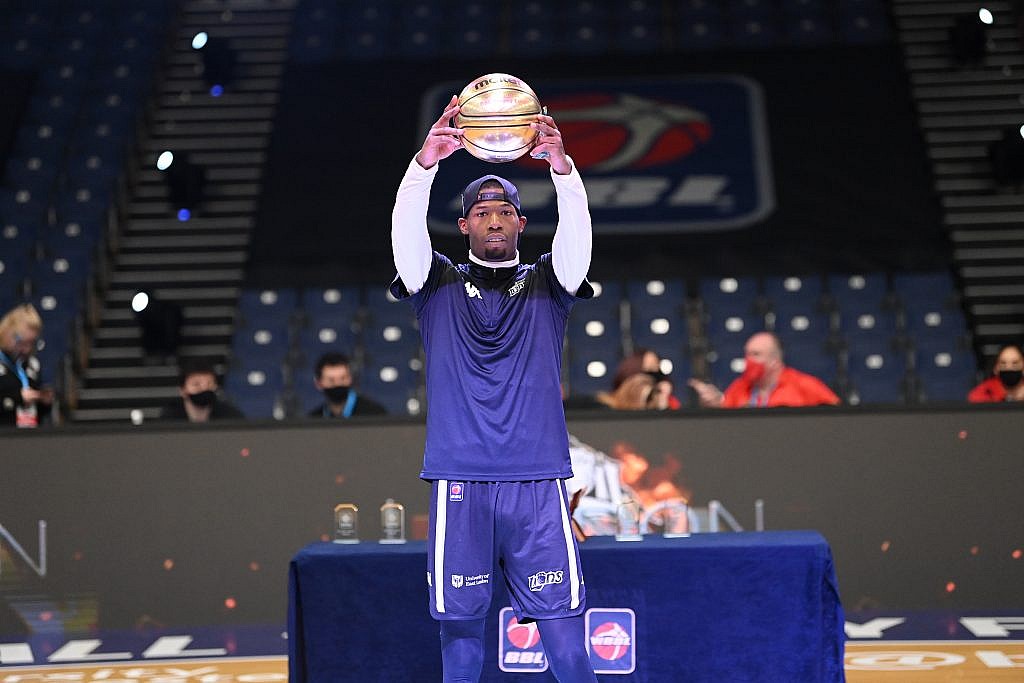 DeAndre Liggins came close to a triple-double as he picked up the BBL Trophy Final MVP award, leading his London Lions team to an 88-82 defeat of Plymouth Raiders live on Sky Sports.

Lions lifted the Trophy for the first time in their history as Liggins posted 19 points on 6-7 interior shooting, along with eight assists, seven rebounds and five steals. He proved too much for Plymouth to handle for much of the game, drawing nine fouls and making 15 trips to the free-throw line, although he made only seven of those.

In a game that was tight throughout, Liggins scored eight of his points in the fourth quarter and made big late plays including an ‘and-one’ drive when Plymouth got back to within one shot at 74-71, and then scoring four points in a tense final minute and a half.

The 6’6″ 32 year-old from Chicago is a former NBA player who played alongside Lebron James for the Cleveland Cavaliers. He has also won the NBA G-League title, and twice been named Defensive Player of the Year.

And despite his offensive prowess in this game, his defensive duties included holding Plymouth’s Mike Morsell to just six points, and switching on to Rickey McGill when he started to single-handedly drag Plymouth back into the game.

Speaking to Sky Sports after the buzzer, Liggins commented,

“I feel great. We came out and played extremely hard, and we just fought to the end and came out victorious.

“We were battling covid earlier in the season, and I had to miss the Cup Final and felt really bad. That’s something I couldn’t control, so I’m glad that we could pull this one out and get the win.

“We couldn’t miss this opportunity again. So I just came in focused from the jump, and we found a will and found a way to come through adversity in the game. We just kept fighting to come out victorious.”