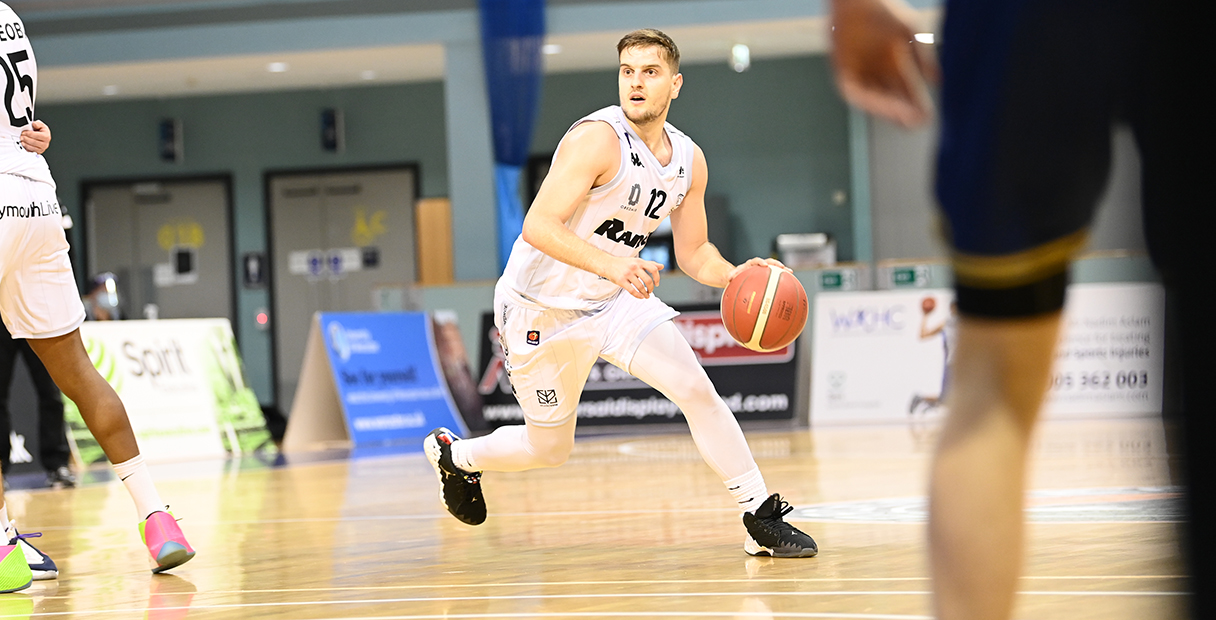 Since stumbling to a 3-7 record from their first 10 BBL
Championship games, the Plymouth Raiders have been rampant, tearing up the
standings to secure a playoff seeding many were expecting a group of their
considerable talent to achieve.

One of the key pieces of their puzzle, who has been on a hot
run of form himself in recent weeks, is 26-year-old playmaker Elvisi Dusha, and
he discussed Plymouth’s powerful second half to the season and what qualities
will stand them in good stead for the playoffs.

“We’re definitely on a roll right now and we’ve finally
found our style of basketball and what works for us. We’re a completely
different team since January. It was disappointing to lose the Trophy Final,
but aside from that we’re in great form and we’re taking that momentum into the
playoffs.

“We’ve been the top defensive team in the league for a lot
of the season and that’s what we’ve really wanted for ourselves. Having Prince
Ibeh was a huge part of that, with his rim protection, but even without him
we’ve lived up to that mantra and held some great teams to low-scoring games.
Offence comes from defence so as long as we can get it done there, we can build
from that.

“It is really exciting to know how much more I can
do.”

With his prime years still ahead of him, Dusha has
experienced plenty in the BBL and become an established figure in the league
known for his consistent contributions to a variety of teams across the league.

In recent weeks, Dusha’s minutes have ramped up for the
Raiders and the Albanian international has thrived, but he feels there is much
more to come in the future as he outlines what he’d next like to achieve in the
years he has ahead of him.

“I’ve been in the BBL for eight years, I’m 26 now and been
to five finals so I am happy with what I’ve achieved. I’d like to have won more
of the finals, to be honest, but I have so much more to achieve and prove, so
to still be only 26 with so much experience, it is really exciting to know how
much more I can do.

“I want to establish myself at a team, rather than bounce
around from one group to the next, and I have a lot of targets around my
performance, too. I’ve always enjoyed being able to come in and get a team in
rhythm with my assists, but I want to become more of a scoring threat, too, and
be better on the defensive end, so there’s a lot more to come.

“Losing that final taught me to embrace the moment.”

Having experienced a BBL Playoff Final previously, as well
as his considerable exposure to the business end of BBL competitions, Dusha is
a very valuable asset to the Raiders roster, with his composure and knowledge
of the league being rare for a 26-year-old.

He reflected on that experience of reaching a Playoff final
previously, the difference in intensity in the post-season, and how even for a
player as experienced as himself, this year’s playoff adventure will be
completely different.

“I’ve never really had the experience of being in a bubble
throughout my eight years of playing, so even I’m a bit unsure of what to
expect, but this time of year is always at another level in terms of intensity.

“I had a great run with the Royals in the playoffs of
starting and that made me realise even more how much a difference there is in
terms of the intensity, the importance of winning and just how much it meant to
the fans, to a club and to the team.

“Losing that final taught me to embrace the moment, I think.
Leicester is an organisation where winning is just in their blood, they know
how to win as a club from top to bottom and they settled for nothing less.

“With the Royals, we didn’t know what to expect as a brand-new
club and felt we knew what it took to win because we’d already won the BBL
Trophy, but being in the 02 in that environment was so different and a great
life experience overall. That’s what we work towards and live for.”

“If you’re with people who lift you up, who knows how
high you’ll rise.”

A London native, Dusha has long-since looked up his current
star teammates Ashely Hamilton and Andrew Lawrence and, like everybody in the
British game, has immense respect for his Head Coach Paul James.

Being together with that trio in Plymouth is something Dusha
suggests is quite surreal for him, giving him a sense of perspective for how
far he has come in his own basketball journey to now be able to consider some
of his biggest idols close friends.

“I’ve had the privilege of playing for Coach PJ before as
well as being teammates with Andrew Lawrence and Ashley Hamilton prior to
joining them here at Plymouth, and I’ve really enjoyed picking their brains as
they’re two players I watched a lot growing up.

“To have them around consistently is just different and
makes me think how far I’ve come to be on the same team as them, and they’re
the nicest, coolest people ever. There’s no question they won’t answer or
situation they won’t help you with, and Coach PJ is exactly the same – he’s so
funny, which not everybody gets to see.

“Even though Drew hasn’t played this year, he’s been a big
mentor for me, and I’ve been lucky to learn from and be around them. If you’re
around people who put you down, down you go, but if you’re with people who lift
you up who knows how high you’ll rise and that’s how I feel here with these
guys.”