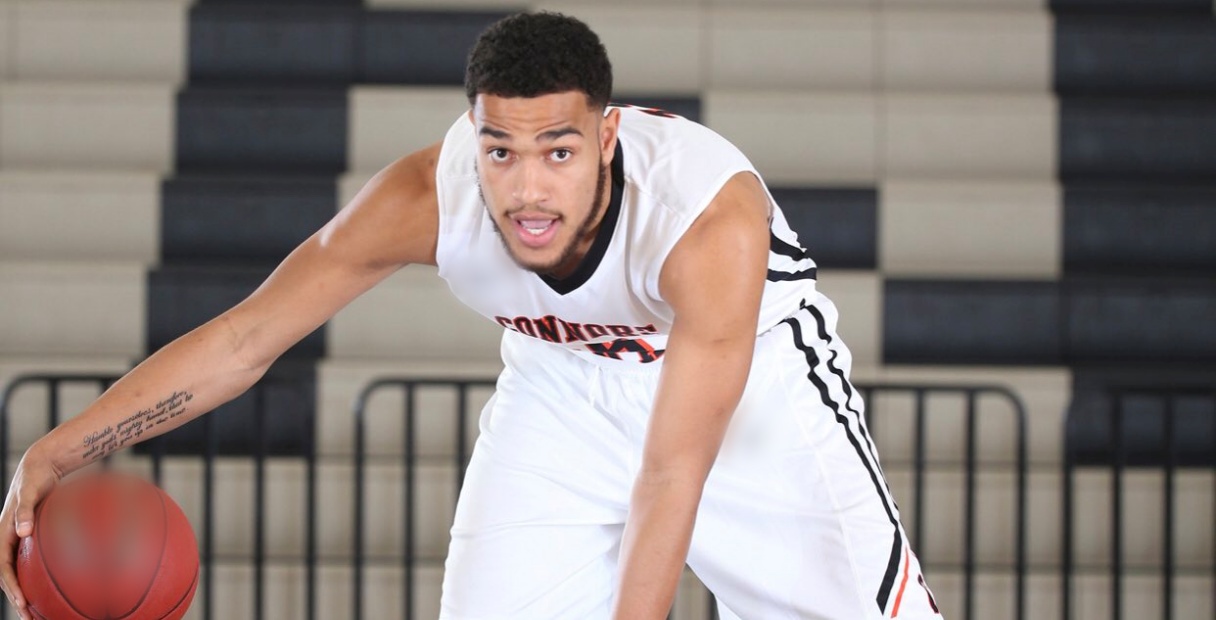 Manchester Giants have signed local 6’11” centre Kingsley Nwagboso ahead of the 2021-22 British Basketball League (BBL) season, meaning that the Bolton native will play in front of his hometown fans for the first time in seven years.

The 25-year-old was a product of the Manchester Magic junior programme, where he was elected to the Elite Academy Basketball League (EABL) second team and was conference defensive player of the year in 2014.

“Kingsley has been another excellent example of basketball in the city,” said, Giants owner Jamie Edwards. “He will be a great addition to the squad at 6’11” he adds to more presence to our front line.”

He represented England and Great Britain at U18 and U20 levels, and playing alongside recent Giants’ recruit Josh Steel in the U20 European B Championships in 2016, he peaked at nine points in victory over Kosovo, and seven points with eight rebounds in a victory over Georgia that secured seventh place in the tournament.

‘’I’m really grateful for the opportunity I’ve been given, to play in my City in front of the people who I care about dearly,” said Kingsley Nwagboso. “I can’t wait to get started and make a push at the title with my teammates.’’

Leaving Greater Manchester as an 18 year-old to head across the Atlantic, Nwagboso started college at Connors State in the NJCAA, where he averaged five points and five rebounds per game, before progressing to Francis Marion at the NCAA Division Two level, putting up three points and three boards per outing in 2017-18. His Francis Marion team won 67% of its games before falling short in the Peach Belt Conference Tournament semi-finals.

Playing in Europe in his early years out of college, this will be the first time he will play in front of a home audience as a professional, following spells in Germany and France.

As a rookie, he played for a very successful Speyer side in the German Regionalliga, where he won promotion to ProB after averaging 11 points and 8 rebounds per game, leading his team in the latter category as they went an astounding 25-1 on the season.

A campaign in south-west France followed, where Nwagboso averaged seven points per game playing for Serreslous, scoring in double-figures on five occasions.