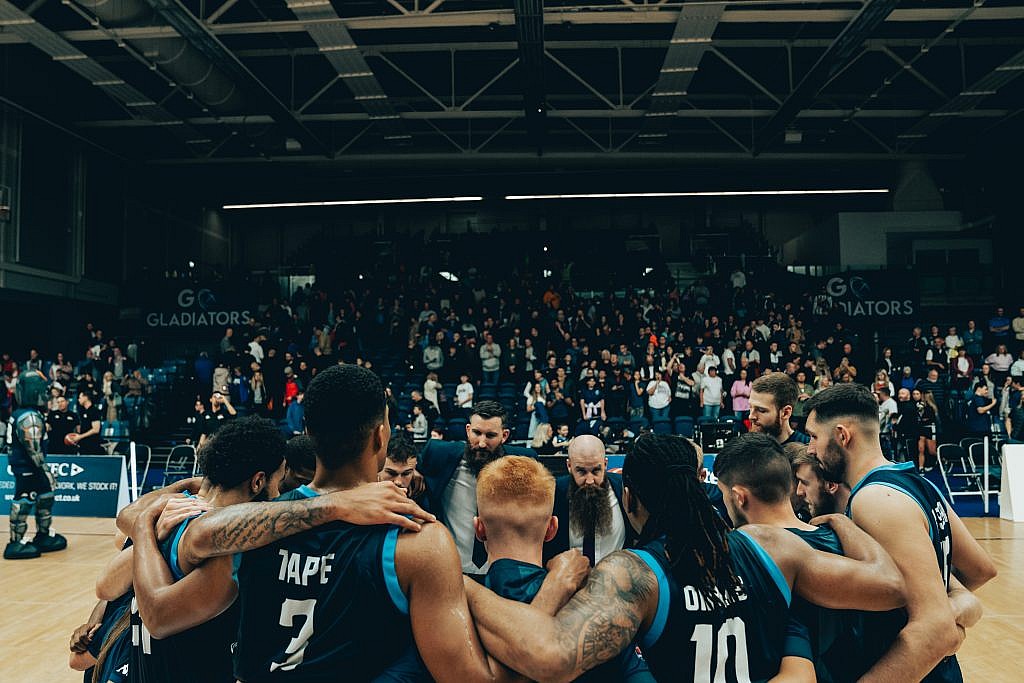 The Caledonia Gladiators put on an impressive display to defeat the  Leicester Riders 92-66 at the Emirates Arena on Wednesday night.

Playing at home for the first time in weeks, the Gladiators snapped their three-game losing streak and, in the process, ended a run of five Leicester Rider wins.

Before the game, Caledonia head coach Gareth Murray spoke of the importance of “consistency, communication and defence”, and his team executed this strategy perfectly.

The Gladiators came up with 20 steals on the night and converted their defensive pressure into 28 points – arguably the difference maker in the game.

David Sloan, who leads the league in scoring, poured in another impressive performance – finishing with 20 points and four steals.

However, it was team-mate Jeremiah Bailey who led all scorers tonight with 23 points, six rebounds and five assists.

For the Riders, Marc Loving scored 15 points and grabbed six boards, whilst Derryck Thornton chipped in with 12 points.

The Gladiators came steaming out the gate – scoring 31 points in the opening quarter. Ali Fraser opened the scoring to kickstart a 6-0 run before Leicester captain Darien Nelson-Henry put his team on the scoreboard – scoring off a pick-and-roll from Whelan.

Bailey and Sloan were proving too disruptive on defence, with Sloan finishing an and-one that caused Riders’ coach Rob Paternostro to call timeout.

Sloan could not be slowed down in the opening period, as he slashed to the basket – pouring in ten first-quarter points.

The home team looked sharp and ready to exploit the openings – perhaps recalling their victory over the Riders back in October. Caledonia built a 15-point lead early, following a Patrick Tape three-pointer and Burns’ first basket for the home side.

With 13 unanswered points, Zach Jackson broke the streak with back-to-back three-pointers for the Riders.

Some uncharacteristic turnover struggles plagued the Leicester Riders. After winning five straight, they could only score 12 points in the first quarter.

Bailey and Sloan kept the Gladiators firmly ahead in the second half – the pair combined for 25 first-half points.

However, the Riders showed their championship pedigree – outscoring the Gladiators 9-4 in the opening minutes of the quarter.

Thornton and Whelan scored for the visitors – before Fraser Malcolm was fouled on a three-pointer, nailing all three at the line.

Bailey, sensing the lead slipping away, responded with five quick points, using his length and disruptive defence to finish on the break.

Whelan, who is shooting 46% from the perimeter this season, fired up a three-pointer, bringing the score to 11 points before Nelson-Henry cut the lead to single digits.

At the half, Leicester trailed by just seven points after being down by 20 in the first quarter.

The Gladiators started the third period much like they did the first, putting together a 9-0 run. Sloan hit a tough pull-up jumper before finding Bailey on the break for the dunk.

The Gladiators ramped up their defensive pressure again, forcing turnovers and playing with a furious pace and energy. Bailey scored again with a fast-break dunk, followed by a fadeaway jumper off the Kyle Jimenez assist.

The Riders, who lost Conner Washington to a first half injury, battled back late in the quarter. The visitors strung together an 8-0 run through Kimbal Mackenzie’s up-tempo play and GB international Aaron Menzies scoring on the low block.

The home side turned to their debutant Burns, who scored on a high-arcing jumper before picking up a steal and finishing a tough reverse layup.

Burns continued to showcase his offensive arsenal in the fourth quarter – connecting on a three-pointer.

However, with the Riders still in sight, it was sharpshooting captain Jonny Bunyan who waved goodnight to the visiting team – connecting on three consecutive triples to secure the victory.

Make sure you secure your seat NOW and find out when you can see your favourite BBL side in action next.