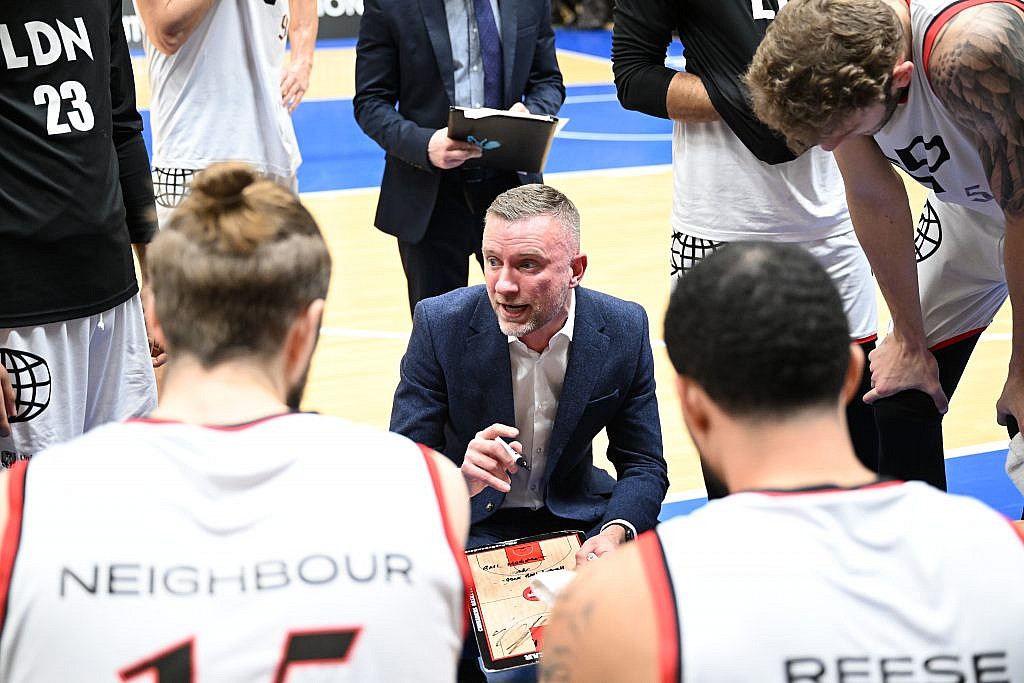 Throughout my journey in basketball, whether it be when I
was a player or in the last 17 years or so as a Coach, I’ve made it to a few
finals at a number of different levels.

Probably the biggest thing I’ve learnt from those games is
that to be successful you have to try and treat it like just another game as
much as possible, playing the game itself and not the occasion.

That being said, this is going to be a huge moment for the
club, of course. We’ve had some big European nights and experienced big crowds,
so that is going to help us in some way, but this is a one-off game and
Cheshire will feed off this crowd and the energy as much as we do.

I have been Head Coach for a couple of months now and I’m quite
pleased with the progress the team has made so far, but there is so much more
for us to do and everybody in the group knows that. There’s always room for
improvement and whilst we’ve seen some really good things, there is still a lot
more to do, and the guys are determined to get better every single day.

We have a bullseye on our chest, everybody wants to beat us,
and it was one of the first things I said to the team when I took over. Every
team is going to bring their absolute best level to the table when they play
us, and we’re fine with that because we want that competition and show how good
we are.

This is a team that wants and needs to play in finals and
I’m as excited and eager as I’m sure the team are to see how we perform on this
stage.

Cheshire have built significant momentum over the last few
months. After a tough start to the season whilst they were still building their
roster, you can see how together they are now and that they’re finding ways to
win with a really talented group.

Larry Austin Jr. has come in and taken the league by storm
in a short period of time, Teddy Okereafor has played at a high level all over
Europe and is playing excellent basketball for Cheshire, but beyond that you’ve
got multiple other guys who can win games for them.

Coach Thomas has done a great job of building such a
balanced team, and we’re under no illusions as to how tough a final this is
going to be.

This final is a brilliant opportunity to put London
basketball on the map once more. Being in this position is what the club wants
for the Men’s and the Women’s team. We want to be challenging for silverware,
we want to be the best, so to have both teams there is so positive for
basketball in London and for Lions basketball.