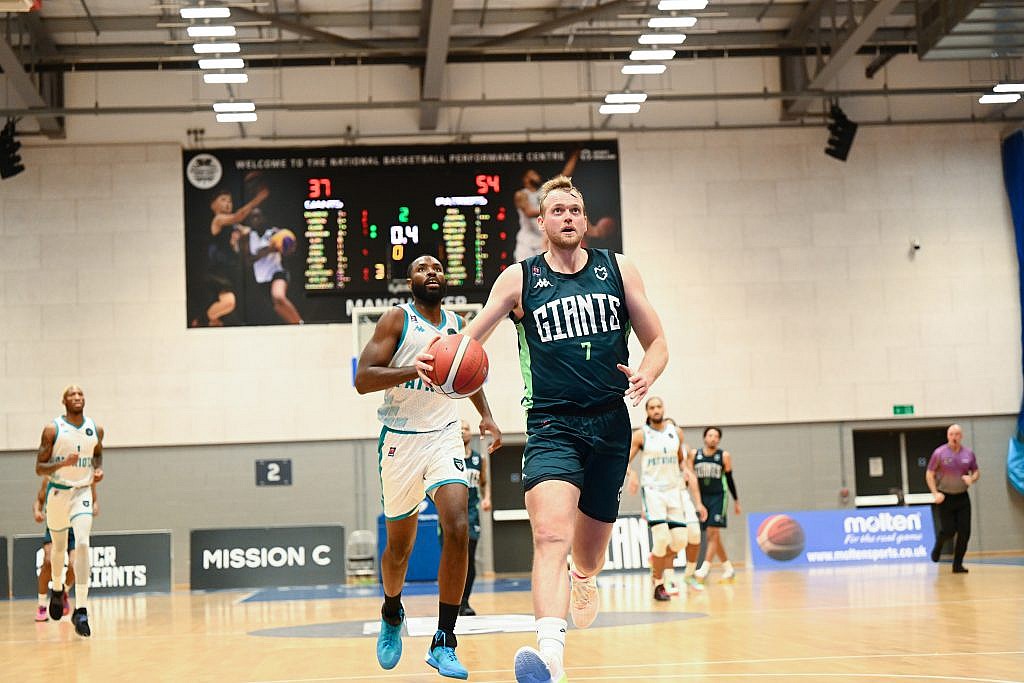 Playing in front of your home fans, having that connection,
that feeling is very special to play professionally in front of your family,
friends and a community that wants you to do well. That’s part of why other
leagues in Europe are so strong, because their homegrown talent stays home and benefits
from that and that’s something we’ve got to aspire to.

I feel like I’ve thrived in this environment of being home
and really enjoyed it. There’s not been much to not enjoy, honestly, because
we’ve been playing well, Manchester is a great sporting city and the fans are
getting behind us more and more with attendances growing every week.

The original plan of me coming here and the reasons that
convinced me when I spoke to Jamie (Edwards, Manchester Giants Owner) and Lloyd
(Gardner, Manchester Giants Head Coach) are happening and we’re seeing signs of
success already, so we’re moving in the right direction and engaging more
British people in the game.

To be here on this stage with a BBL Cup Final ahead of us is
huge. It has given us a lot more belief in ourselves and I think people around
Manchester and the BBL are now seeing the Giants as a team to watch out for,
which is a big boost for us for the rest of the year.

One of the things critics have said about us this year is
that we’re a bit soft when we’re down, so if we’ve been five or 10 points behind
in a game we’ve sometimes let it slip to 20 points, but in that semi-final
against a really good Glasgow team we fought back, showed togetherness and
spirit and came from 10 points down to win on aggregate over two legs.

I didn’t just come here to finish off my career – I came
here to win things and help the Giants grow. I want to leave some type of
legacy in Manchester and something that can be built on in the future, so being
in Birmingham for this final is a great first step in doing that.

Leicester have been the team of the year so far. They’ve
proved it every night that they’re the strongest team in the league, but
they’re not unbeatable so if we prepare correctly and execute on the day then
we’ve got a real shot at victory.