You are here: Home / England Mens Basketball Leagues / Kofi Josephs on having fun, finding balance and… 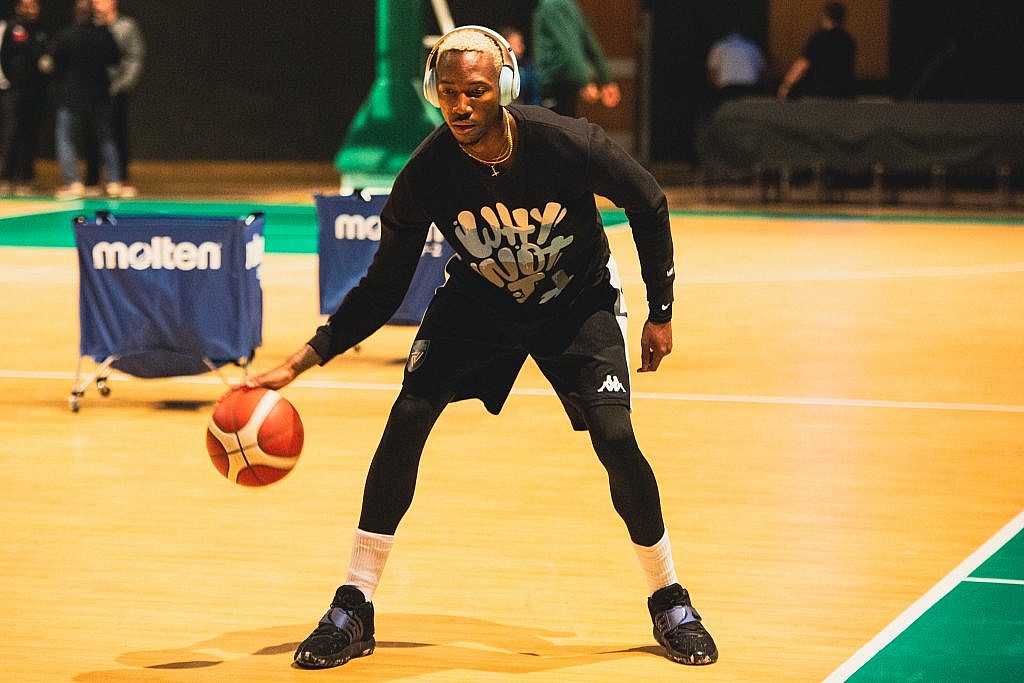 He may not have picked up any team wins since returning to
the BBL with the Plymouth City Patriots, but Kofi Josephs has certainly notched
up a number of personal victories during his short stint back in the league, as
the 30-year-old has been in epic form in his three games so far.

With scoring numbers of 26, 46 and 27 in his three outings
to date for Paul James’ side, Josephs has been on fire for the Patriots and
added a real spark to the new-look Devonshire side, and we caught up with him
to discuss his fine form and much more recently.

“I’m having a lot of fun, I really am. I stepped away from
the court for personal reasons and wasn’t sure if I was ever going to come
back, because I was enjoying life outside basketball, but this sport has been a
big part of my life so it has never left me.

“To be able to come back and play on my terms in more of an
open environment which can fit around my life off the court is amazing – I get
to just be free on the court mentally and have fun playing the game, when it hadn’t
been fun for a long time previously.

“I have missed it, I’ve been away for a while but it is so
nice to be back. I’m in a good place physically. I may not have been posting
basketball stuff on socials for the last year and a half, but I’ve been playing
and I’m in shape, my game is getting better and I’m in a great place mentally so
I feel the sky is the limit for me.”

“I didn’t want to come back if it wasn’t going to be
fun for me.”

For the last 18 months or so, many of us will have been
accustomed to seeing Josephs building upon his successful career away from the
hardwood, as he has accomplished many significant feats in the world of
modelling and fashion.

His return to the BBL recently with the Patriots was rightly
met with significant fanfare, and the Birmingham native discussed his evolution
as a player and person during his brief hiatus from competitive action.

“There’s a big change in me now to when people last saw me
on the court, I think. A lot of people that know me and know my game would
probably tell you that I’ve always had the skills to do well but mentally is
where I needed to improve as I could be a bit irrational and all over the place.

“I’ve always worked hard, I’ve always loved the game, but
now mentally I’m in a different space mentally and that’s where the difference
is, because I’m just having fun every time I step on the floor and I didn’t
want to come back if it wasn’t going to be fun for me.

“This profession can be really stressful and I didn’t want
to put myself back in this environment if it wasn’t going to be fun. I just
want to be out there and enjoy the feeling of playing, enjoying working hard
and trying to win, and I’m showing more of my skillset at the moment and having
fun there.”

“It has been so nice to experience that growth away
from the court.”

With a career at the top level of basketball being such a short
time of a professional’s life, more and more players are building up their brands
and interests away from the court and finding success which will set them up
for life after the game – something Josephs is a prime example of.

The veteran player discussed his interests away from the
court and how special it is to have basketball exist alongside that, as well as
who he thinks could cut it in the modelling and fashion world from the BBL!

“I love modelling, I love fashion and I love taking photos,
and it has been amazing [to have that experience over the last 18 months]. I’m
into so many different things other than basketball, but it is really nice now
that basketball can be part of my life and fit into my happiness.

“Modelling is very fun and different, but the big thing I
missed about basketball was the competitiveness – modelling is still
competitive but in a different way – and it has been so nice to experience that
growth away from the court.

“Who in the BBL could be a model as well!? I don’t know – everybody
thinks they can be one (laughs) and some have definitely tried! I’ll just do my
thing, I think and let the brands and agencies decide who they like.”

“It is amazing to be in the history books.”

With his 46 points in a slender overtime defeat to
Manchester Giants, Josephs made history in producing one of the top ten
individual scoring performances in BBL history, ranking ninth overall in the
standings for most points in a game.

More significantly, however, he became the all-time leading
British scorer in a single game with his efforts against Lloyd Gardner’s
Giants, and Josephs discussed how he has processed that achievement and the
significance of it in proving any doubters wrong.

“I haven’t really processed it to be honest, nor given it
too much thought. Where I’m at now, I just turn up and play basketball and
leave, rather than my life revolving around being stressed and depressed about
wanting to do well all the time – I’m much more relaxed about everything.

“That being said, it is a bit crazy to think that I’ve done
what I’ve done in two games when I haven’t even played competitively in over 18
months, so to be able to do that when a lot of people counted me out and had
their opinions on my game and life choices, it is nice to kind of shut them up!

“It is amazing to be in the history books, to be the number one in terms of points scored in a game by a British player – that is never something I set out to achieve, I just go out there and try and play my best. I’m glad my club is proud and my family and friends and I just do it for them.”