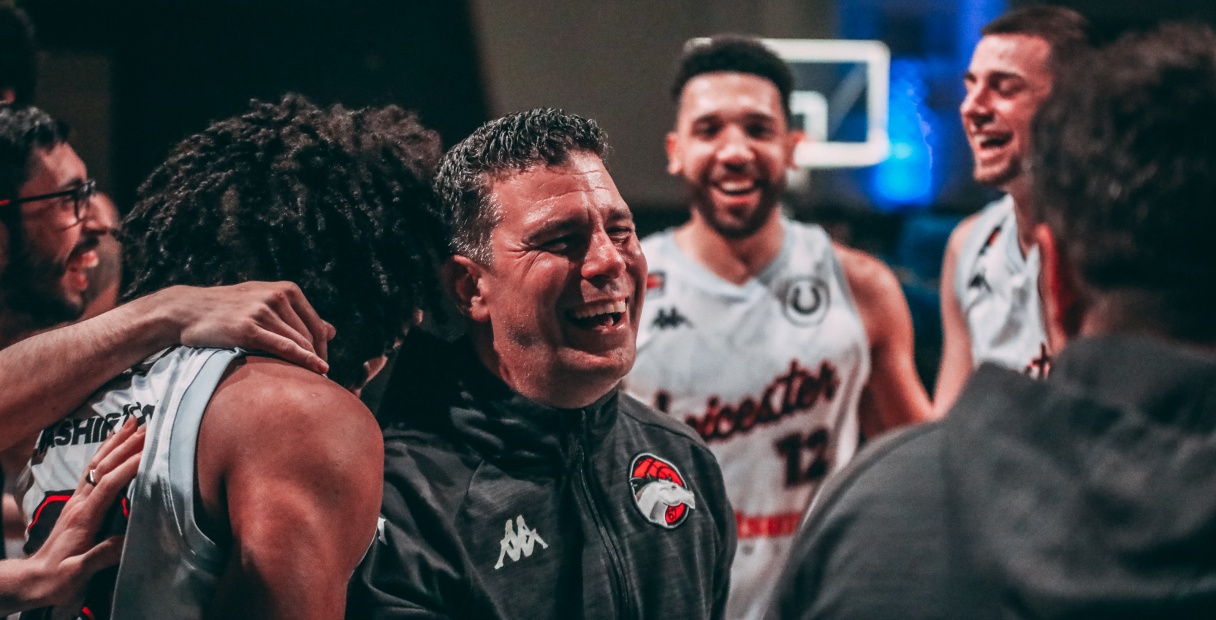 The Riders needed just one more win, or one more London loss, heading into their clash with the Patriots, and thanks to another stellar performance from reigning MVP Geno Crandall, who posted a near triple-double with 25 points, eight rebounds and seven assists, Leicester were finally able to capture their sixth league title after initially being denied the opportunity last Friday.

The Patriots opened the game confident, initially taking a 15-8 lead off the backs of February’s Player of the Month Antonio Williams, and Rowell Graham-Bell, but then the Riders began to mount their comeback, running out ahead with an 11-0 run to put the hopeful Champions back into the lead.

The Riders continued to capitalise in the opening minutes of the second period with back-to-back threes connecting and by the time the half-time buzzer sounded, Riders found themselves with a 12-point lead going into the locker room.

Eager to finally capture their 17th BBL title in the club’s history, Riders exploded out the locker room and essentially punched their next title win into the history books within the first four minutes of the third quarter, extending their lead to 20, and they never looked back, thanks to additional big performances from Mo Walker, and Zach Jackson.

Riders Coach, Rob Paternostro, who has now guided the club to 16 BBL titles since taking the reins of the team in 2008, said:

“It feels amazing to win the title with such a talented, hard-working, tough group – it is special. From the moment we walked on the practice floor this year, we felt like we had something special, and the guys came through.

“It’s very difficult to win the league title, people who have won it understand that, and these guys won it with time too spare. So I’m super proud of the guys and super excited for the club.

“No matter how many titles you get it’s always a great feeling, I think the league title is special though. You can’t get lucky. It’s about playing with the full league season and coming out on top, so it’s a different feeling when you win the league, it definitely means more to me.

“I’m really looking forward to coming home to the fans to celebrate.”

Riders will now return home on Friday as Champions where they will meet Manchester Giants in front of Sky Sports cameras and to celebrate with a bumper crowd at the Morningside Arena, and yet another piece of silverware for the trophy cabinet.

Meanwhile in the other game of the night, Bristol Flyers picked up a huge away win against second place London Lions, 74-78.

The Lions surrendered a nine point lead at the start of the fourth quarter to the Flyers, who were led by Mike Miller with 16 points, while Marcus Evans and Raphell Thomas-Edwards put up 15 each, and Trejon Jacob contributed 13 from off the bench.

Isaiah Reese’s first-half total of 21 inspired the home side to an early lead, but the home side suddenly began to struggle to keep up with the Flyers – particularly in the final quarter as the visitors outscored them by 13, and now lifts Bristol into seventh place, whilst London remain second.