You are here: Home / England Mens Basketball Leagues / Lions and Raiders both pick up home wins 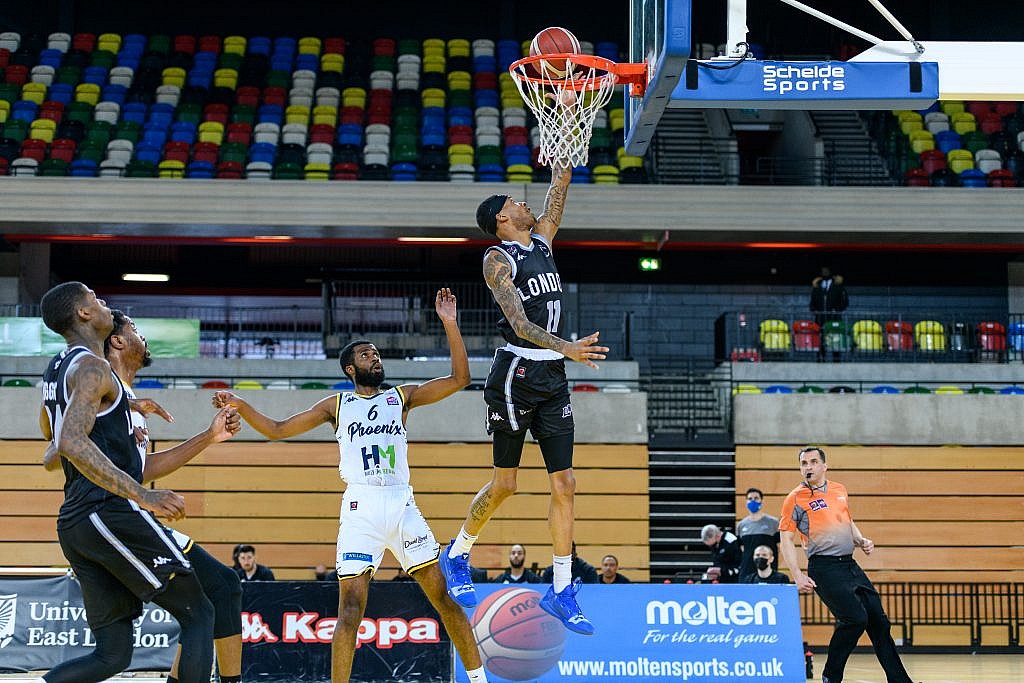 London Lions and Plymouth Raiders both picked up home wins in an entertaining Wednesday night of BBL action.

The first game of the evening saw London Lions welcome Cheshire Phoenix to the Copper Box Arena. London started the game with a barrage of three pointers as they raced into an early lead. The home sides opening 15 points were all made from behind the arc.

Lions limited Phoenix to 15 points in the first two quarters to lead 47-30 at half time. Phoenix played better after the break and won the third quarter 22-13 to narrow the deficit to eight points and set up a tense finale.

Lions, however, kicked on in the last with a superb 27-point final quarter and gave Phoenix no chance of a comeback as they finished the game 87-61 winners. Dirk Williams finished with a game-high 17 points for Lions, while Kahron Ross led the scoring for Phoenix with 14.

The days later tip off saw Plymouth Raiders beat Surrey Scorchers 106-82. Raiders were dominant throughout and ended the first quarter up by nine with the score at 24-15. Scorchers were better in the second only losing the quarter by one but still went into the half time break 48-38 down.

Raiders scored a massive 32 points in the third as they comfortably played the game out. They added 26 in the last to bring up the three-figure score and finish with 24 more points than their opponents.

Mike Morsell was the star man for Raiders as he finished with 23 points and six rebounds. Ricky Mcgill also had a good game contributing 20 points. Michael Ochereobia finished with a double-double performance of 14 points and 14 rebounds in a superb performance.

For the visitors, Tayo Ogedengbe led the scoring charts with 23 points, while Cameron Hildreth had a double-double performance of his own, finishing on 13 points and 10 rebounds.