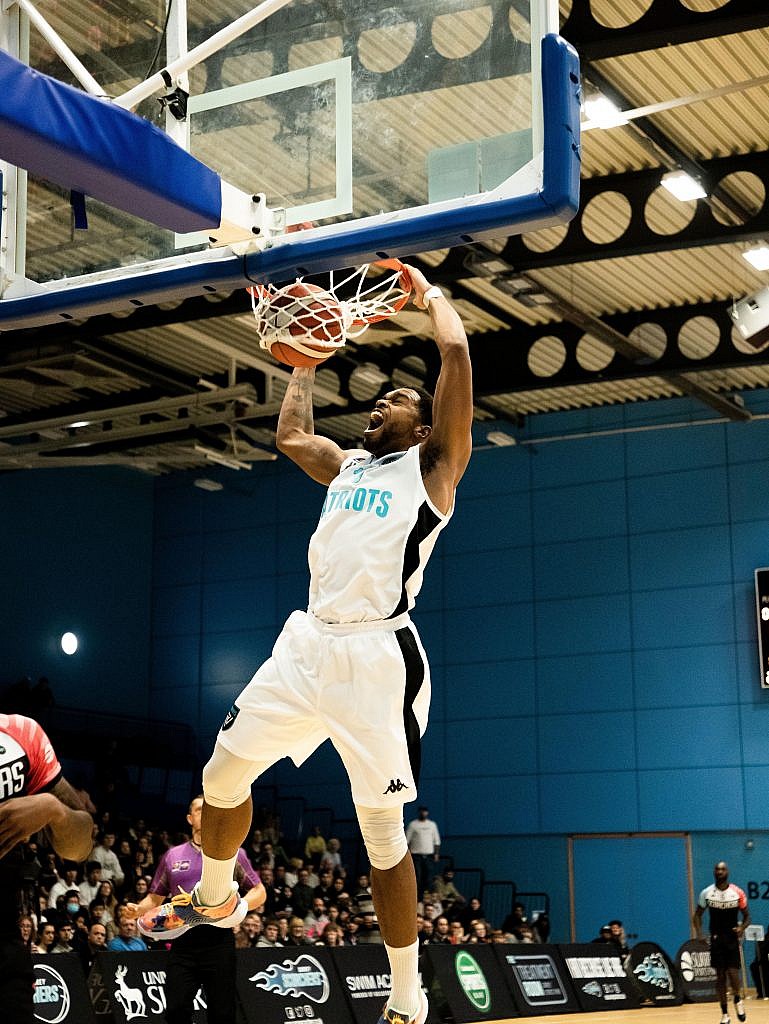 In the evening’s early tip-off Plymouth City Patriots travelled to Surrey Scorchers with both teams searching for their first win of the season. The game got off to a tight start with Scorchers just edging ahead, as they led 20-17 after the first quarter.

Scorchers would create some daylight between themselves and their opponents in the second quarter. 14 points before halftime for Stanley Davis Jr gave Scorchers a 42-34 lead going into the break.

Patriots came out a better side in the second half, limiting Scorchers to just eight points in the third quarter whilst adding 15 points themselves to tie the game 50-50 and set up a tense final quarter.

Scorchers came out on top in a low scoring cagey last quarter that saw just 22 combined points scored to win 65-57 and pick up their first win of the 2021-22 BBL Cup. Stanley Davis Jr led the scoring for Scorchers with 18 points, narrowly missing out on a double-double with 9 assists. Denzel Ubiaro stood out for Patriots with 15 points.

Bristol Flyers hosted London Lions in the evenings second game with the away side picking up a deserved 90-80 win. The victory was Lions third in a row as they maintained their perfect start to the season. The loss was Flyers first of the campaign, having won their opening two matches.

Lions got off to a quick start. They led by nine after the first quarter, scoring 25 points and limiting flyers to 16. They added another 28 in the second quarter thanks to a flurry of three-pointers. The travelling side opened up a lead of 22 points by half-time, going into the break 53-31 up.

Flyers had a much better second half and won the third quarter 22-15, narrowing Lions lead to 15 points going into the final quarter. The home side also won the final quarter, adding 27 to their score with game thrfinishing 90-80 in Lion’s favour.

Dirk Williams finished with a game-high 21 points for London while Mike Miller had a good game for Flyers, contributing 19 points and four assists.