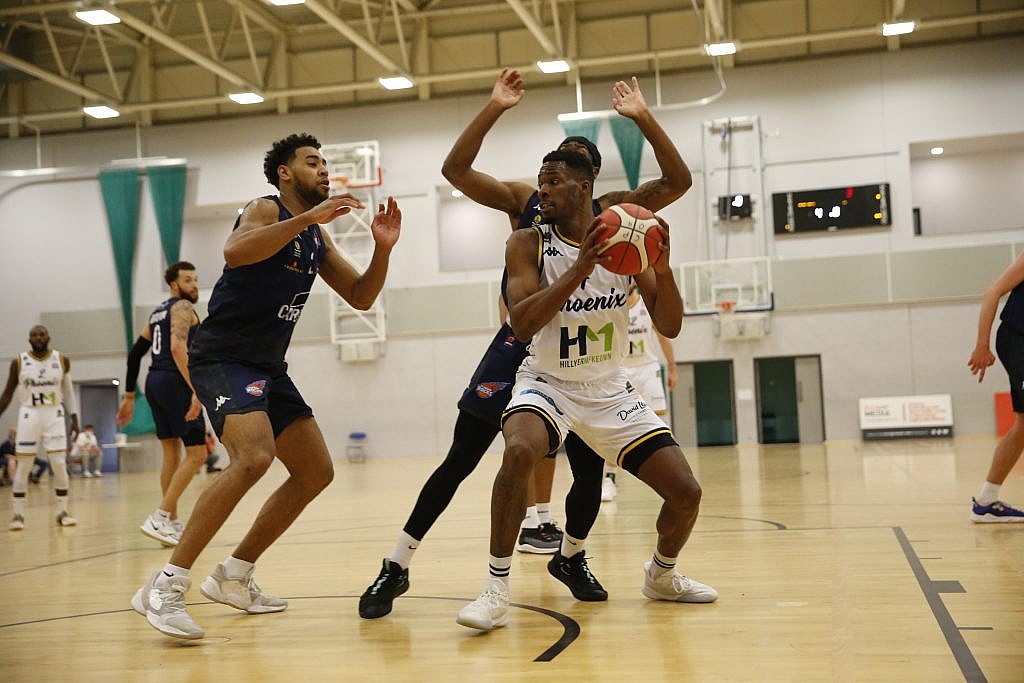 Cheshire Phoenix completed a BBL Championship sweep of Glasgow Rocks, avenging being knocked out of the Trophy by this opponent, with an 85-69 home win on Wednesday night.

It moves Phoenix to 14 wins, level with B. Braun Sheffield Sharks, and confirms their Play-off spot as they maintain their hope of finishing fifth in the table, despite this being just their second victory in the last eight games, both coming against Glasgow.

Kahron Ross hit seven early points as Phoenix scored 10 in a row in the opening five minutes, and held an early double-digit lead when Pharroh Gordon came from the bench to add another seven – those two shooting a perfect 7-7 in the first quarter – for a 26-14 lead on Gordon’s triple.

They maintained that margin, and extended it to open the third quarter when Jalen Hayes scored all of Cheshire’s points in another 10-3 push that made the lead 57-38. It peaked at 65-41 when Kyle Carey scored consecutively to cap an 8-0 burst, including an emphatic transition dunk, which gave them enough to see off a late fightback.

Phoenix were led by 20 points from Ross and 19 from Hayes, who missed just twice as he shot 8-10 from the field, while Mike McCall Jr. had 14 points and nine assists.