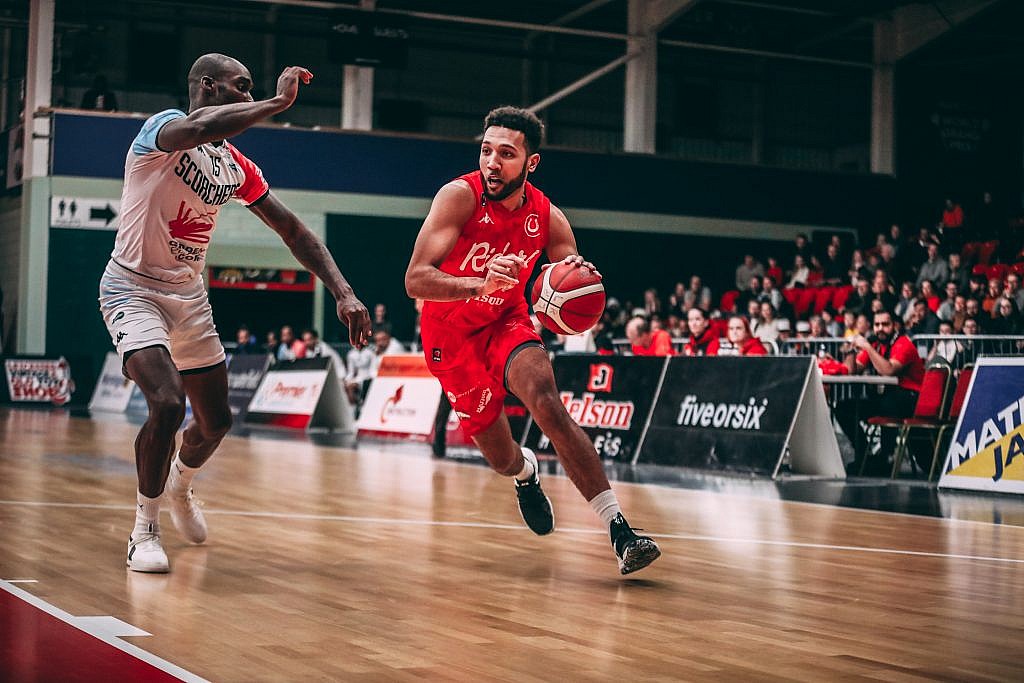 Sheffield Sharks moved up to third in the BBL Championship standings this evening, after beating Newcastle Eagles in front of the Sky Sports cameras – while Leicester Riders extended their 100% record with a comfortable victory over Surrey Scorchers.

The Eagles, playing at their home Vertu Motors Arena a day after Great Britain’s historic victory over Greece which also took place at the same venue, failed to take the lead once through the game as the Sharks made a brilliant start which saw Jordan Ratinho string his first three three-point attempts to put some distance between the two sides.

Ratinho ended the night on a game-high of 22 points, while Rodney Glasgow Jr was also very impressive on the offensive end as he contributed 17 more.

Meanwhile, experienced BBL veteran Darius Defoe was in fine form as he put up 19 points, including one highlight dunk that almost brought the rims down – while Duke Shelton also impressed as he managed a double-double before half-time.

Over in Leicester, the Riders outscored the Scorchers in all four quarters, with the home-side lead by the ever-impressive Geno Crandall who scored 24 points while going 5-7 from behind the arc.

Mo Walker also was red-hot, as he dropped 14 points despite only playing 15 minutes of the ball game, while Conner Washington matched his teammates total from off the bench.

The Scorchers did take a couple of positives from the match, as Saiquan Jamison dominated the backboards with 21 rebounds, and Tayo Ogedengbe and Martelle McLemore put up a combined 27 points.