You are here: Home / England Mens Basketball Leagues / Riders breeze past Scorchers to extend lead at the… 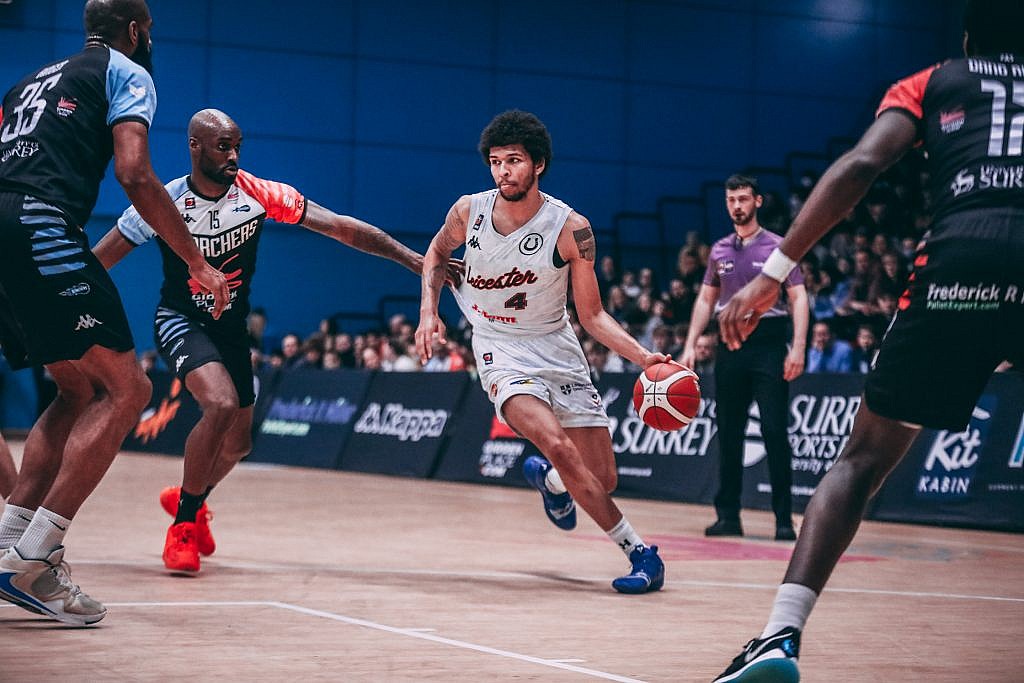 Leicester Riders earned their 18th victory of the season in the BBL Championship this evening, with a comfortable 22-point victory on the road against Surrey Scorchers.

The visitors only really put daylight between them and the hosts mid-way through the second quarter when they upped the intensity on defence, limiting the Scorchers to just 13 points in that quarter, while they scored 24.

Darien Nelson-Henry had an exceptional game, putting up a game-high of 21 points, going 100% from the field and from the free-throw line, while Geno Crandall contributed an impressive 11 assists.

The Scorchers were led by Desmond Ringer, who managed 14, while Jules Dang-Akodo put up 11 points in just under 19 minutes from off the bench.

With a team field goal percentage of 56% compared to the hosts’ 41%, as well as making five less turnovers, two more blocks and three more steals, the Riders raced into a healthy double-digit lead, and maintained that for the majority of the game to earn the two points.