You are here: Home / England Mens Basketball Leagues / Riders, Patriots and Phoenix all win in the league… 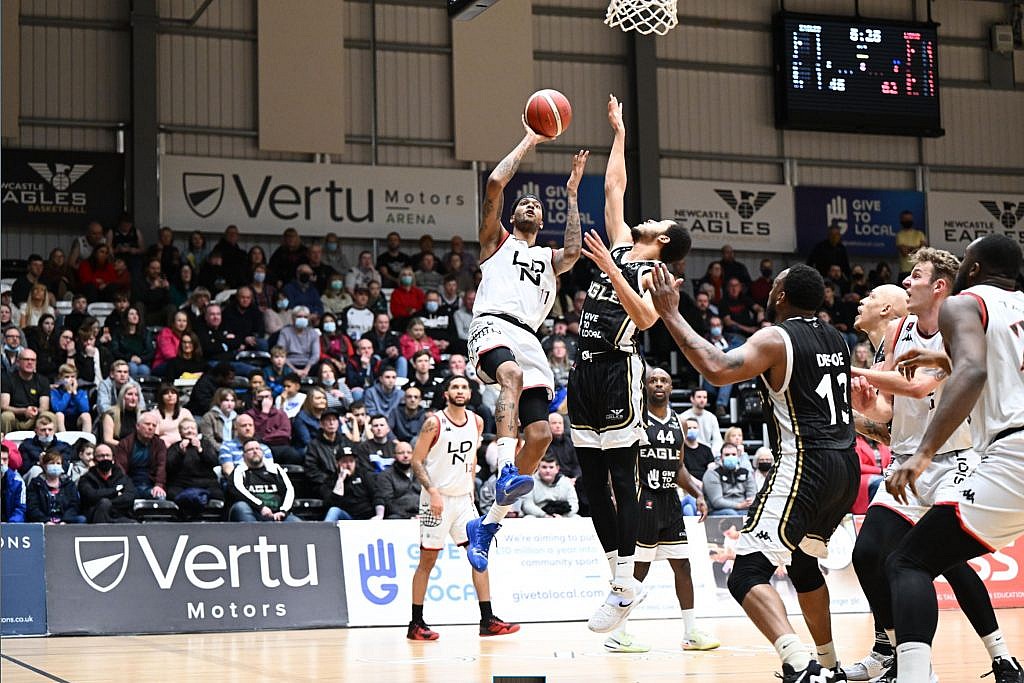 Plymouth City Patriots and Surrey Scorchers could barely be separated after a tight opening quarter. It was Scorchers that held a narrow 21-20 lead after a close-fought opening period in front of the Sky Sports cameras.

Patriots responded well in the second . Scoring 23 points in the period they went into the halftime break 43-32 up. It would be a lead that they would not give up for the rest of the game as they added a further 22 in the third and 17 in the last to wrap up a convincing 82-72 victory.

Antonio Williams was the star man for Patriots as he finished with 25 points, six rebounds and four assists.

Leicester Riders showed why they sit at the top of the BBL Championship as they beat Bristol Flyers 92-64.

Flyers were still in the game after a competitive first quarter that saw them trail 27-21. Unfortunately for the home side Riders came out a different side in the second. They limited the home side to 14 points and added 21 of their own to lead 48-35 at halftime.

The third quarter was a close affair. Riders won the quarter 20-19 to extend their lead to 68-54 and put the game out of reach for Flyers. They scored a further 24 in the last to wrap up the win.

Patrick Whelan scored a game-high 25 points for Riders while Antwain Johnson led the scoring charts for Flyers with 17 points.

Cheshire Phoenix won every quarter in an impressive 77-56 victory over the B. Braun Sheffield Sharks.

Phoenix led 20-15 after the first and extended their lead to 33-26 at halftime after winning the second period 13-11 in a low-scoring quarter.

The third quarter was also closely fought with the away side adding 19 to Sharks 17. Phoenix kicked on in the last, scoring 25 points in an impressive offensive display.

Levi Bradley narrowly missed out on a double-double performance with 19 points and nine rebounds for Phoenix while Rodney Glasgow Jr scored a team-high 17 points for Sharks.

London Lions got off to an electric start in their BBL Trophy first-round match against Newcastle Eagles. The side from the capital scored 36 in the opening quarter and limited their opponents to just 11 to take a 25-point lead into the second quarter.