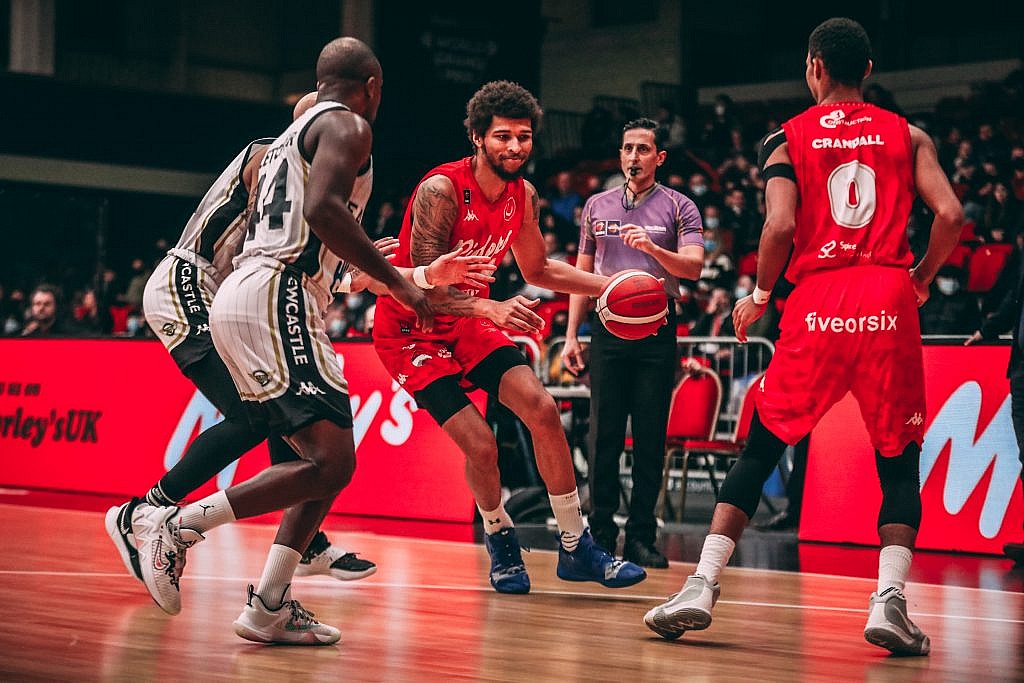 Leicester Riders remain the only unbeaten team in defence of their BBL Championship title after comprehensively beating Newcastle Eagles 101-72 at the Morningside Arena live on Sky Sports.

Leicester were dominant throughout and won all four quarters, Geno Crandall scoring 20 of his game-high 22 points in the first half, while Marc Loving added 14 points, all in the second half, with eight rebounds and seven assists.

Riders hit an early 11-2 run, started by a Crandall three-pointer and capped by his big dunk in transition, and another triple gave Riders a double-digit lead at 23-13. That advantage was only extended in the second stanza as Crandall hit a trio of threes in little over a minute as part of an 11-0 burst that made the score 47-25, and the reigning Molten BBL Player of the Season hit five first half triples in his 20 points before the break.

It looked as though a comeback might be possible early in the third quarter, only for Marc Loving to halt any thought of that as he scored 12 points in three minutes to make the score 68-46, in what became a 20-4 run overall as the lead reached thirty points.

There was no way back for Newcastle, who suffered a second defeat in a row and slip to a 4-4 league record.