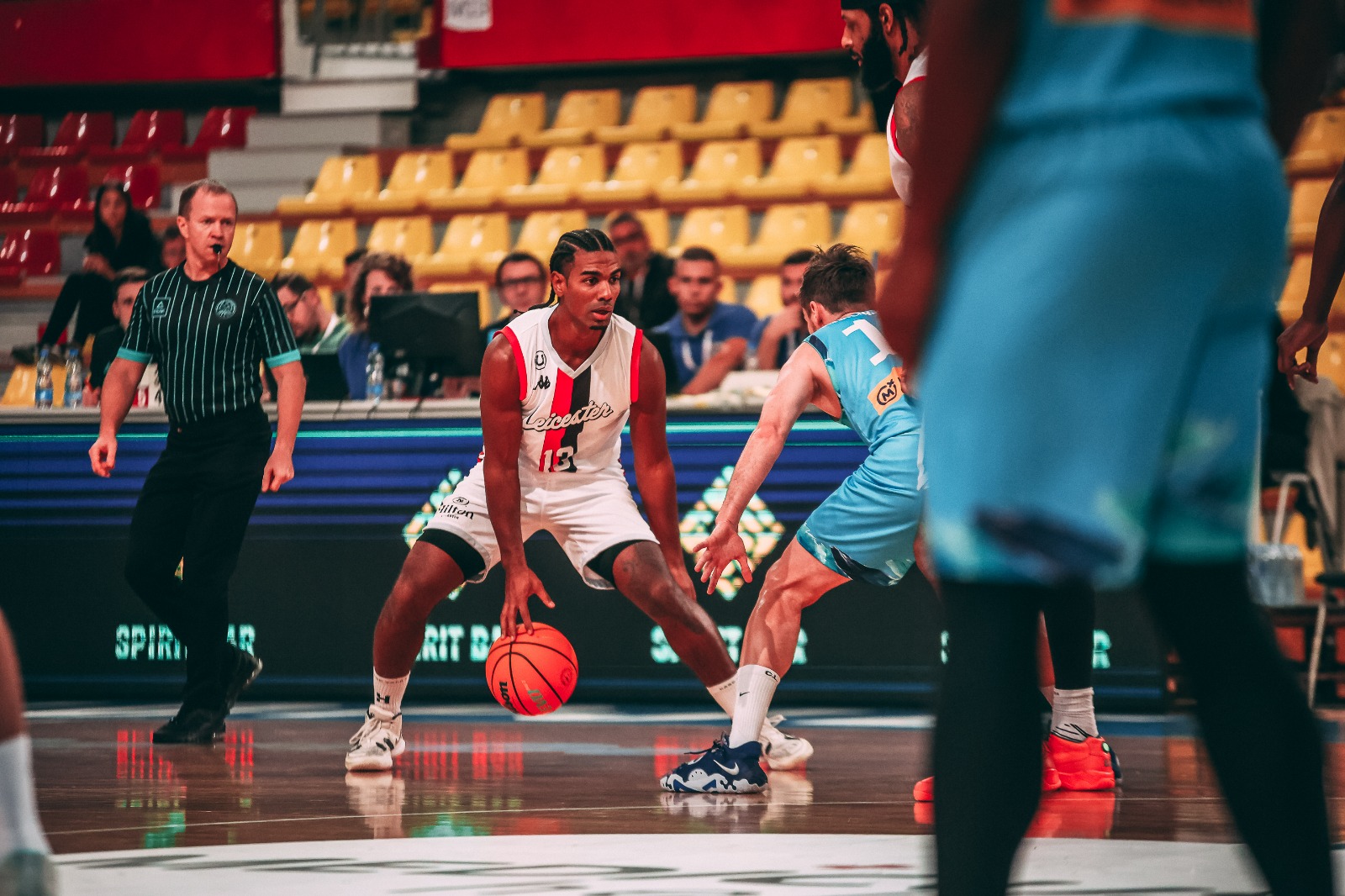 Leicester Riders suffered a heartbreaking loss in the FIBA Champions League Qualifier in Skopje, North Macedonia, against Romanian side CSO Voluntari. It means Riders’ European journey ends here, as the club announced earlier in the summer that they would not participate in the FIBA Europe Cup – which is what usually happens when a team fails to qualify for the Champions League.

The match started really well for the British side who were up by seven points (9-2) within the first three-and-a-half minutes. The Romanians however quickly fought back and within a minute managed to take the lead (9-10), on the back of an 8-0 run. The rest of the opening quarter carried on quite evenly, with Riders on top at the end of 10 minutes by four points (20-16) off the back of 50% FG shooting.

The second quarter started very differently for both teams, with offences struggling to produce and defences firmly on top, with the score just 4-7 in favour of the Romanians after seven minutes of action. That’s when things started to heat up with the two teams exchanging baskets, before Conner Washington scored a big transition 3-pointer (with the help of the backboard), to put Leicester ahead 29-26.

With just three possessions until the end of the half and Riders up 33-28, Voluntari hit a 3 in order to cut down the deficit to two points. After the Brits failed to score on their last offence of the quarter, Toddrick Gotcher scored the basket of the game when he heaved up a Hail Mary buzzer beater from his own half and scored, giving the Romanians the lead at the break (33-34).

With their tails up, Voluntari carried on where they left off and did not lose the lead at all during the second half, even going up by as many as 12 points (41-53) – which marked the largest lead of the game – with just over a minute to go until the end of the third quarter. Riders had not given up though, showing great passion, and managed to crawl the deficit back to seven points (46-53) going into the last 10 minutes of the game, after their leading scorer Washington made a tough 3-pointer from the corner.

Despite Washington doing all he could for his team, including a fast break lay up off the back of a steal to maintain the gap at just seven points, Voluntari managed to bring the difference back up to 12 (50-62).

That’s when Coach Rob Paternostro called a time out and told his team to give it one last push and play a full court press defence. The defence produced results, after Sarunas Vasiliauskas got trapped in the corner of the halfway line. Riders continued playing tough and after a couple of big plays from Mo Walker and Zach Jackson, they brought the deficit down to four points (61-65) – after the latter made a big 3-point shot.

With the British side having the opportunity to make it a one point game, C.J. Jackson agonisingly missed with his 3-point attempt, which was punished in the very next play by Tekele Cotton who hit a very tough 3-pointer off the backboard to make the score 61-68 and helped seal the game.

Washington finished on 14 points and four assists to lead the Riders in both categories. Cotton led Voluntari and was the game’s top scorer with 19, shooting 75% from behind the arc with 3/4.

If you want to watch Leicester Riders live in action this year, click HERE for tickets.