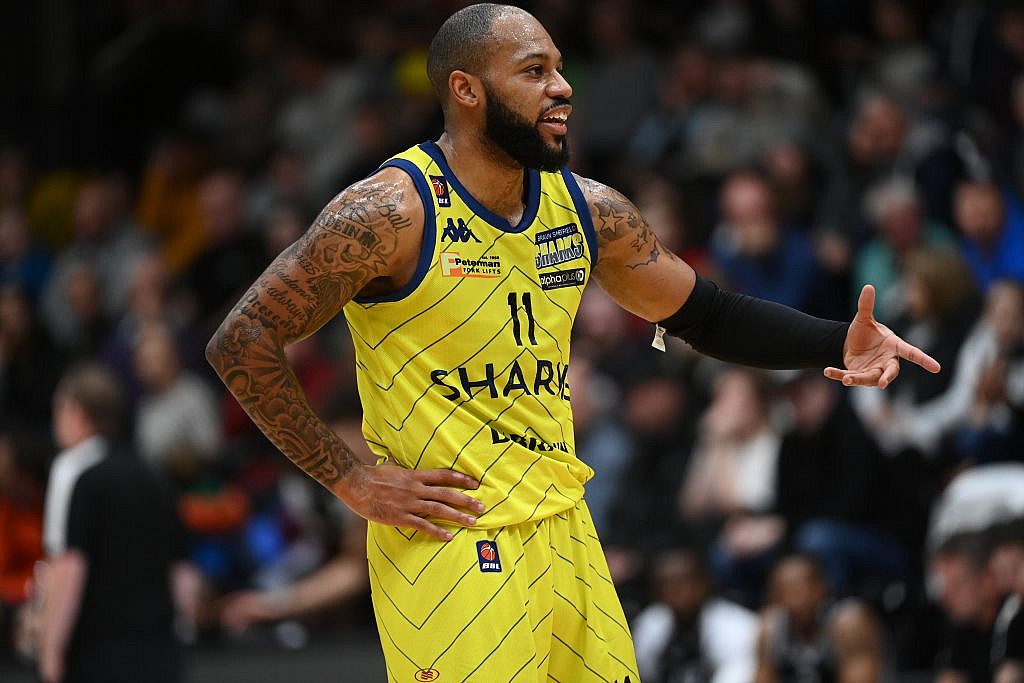 With a three-year contract under his belt and a richly-deserved
new status as club captain following the retirement of BBL and B.Braun
Sheffield Sharks legend Mike Tuck, Rodney Glasgow Jr. is eager to repay his
team for the faith they’ve showed in him over the summer as he gets set to lead
the Yorkshire club into an exciting new era.

Tonight (Friday) the Sharks get their BBL Championship campaign
underway against the mighty London Lions in front of the Sky Sports cameras at
Ponds Forge, and whilst there is a lot to look forward to for the entire
franchise this evening and, indeed, throughout the season, we sat down with RGJ
to reflect on what has been a whirlwind few months for him.

“I’m grateful and thankful for the opportunity and to the
Sharks for giving me that contract and the trust and responsibility they’ve
shown in me. To take over as captain after Mike, who held that role for so many
years, is crazy, but I’m excited to lead on continuing to grow the culture of
the club.

“We’ve hit the ground running in pre-season, for sure, and
I’m looking forward to what is ahead. I’m just trying to focus on leading in
the right way, helping everybody settle in and being the best extension of
Atiba (Lyons) as I can be. It is a big and new role for me to be captain, but
I’m so excited.

“I don’t think you can prepare for it but I think when you get that responsibility you know how ready you are, and Mike has been brilliant in giving me advice on what to expect and what is required, so it is a very big role, but I feel like I have the skills for it, I’ve always been a leader, and I’m enjoying it.”

Crediting Tuck as his best friend, if anybody on the roster
could possibly be ready to step in to replace the Sharks legend as captain then
RGJ would be many choices as that individual, and he has big ambitions for what
the club can achieve in this upcoming season, after a stellar term last time
out where they finished second in the standings.

“Challenging for silverware is certainly realistic for us,
even though I think this year is going to be more challenging for us. We’ve had
a lot of guys returning from our core group last year and some new guys coming
in. We’ve got the right group to do some damage and pick up where we left off.

“The biggest thing we have to learn from last year is the
importance of staying healthy, as it is what counted against us in the
play-offs. We’ve prepared really well, we’ve had a great trip to Portugal as a
team and bonded really well with some great performances on the court.

The Sharks’ clash with the Lions is set to take place in
front of a sell-out crowd at Ponds Forge, but you can watch the game live on Sky Sports’ YouTube channel
and get your tickets for future Sheffield games here.