You are here: Home / England Mens Basketball Leagues / “Scorchers can shine if we find consistency”, says… 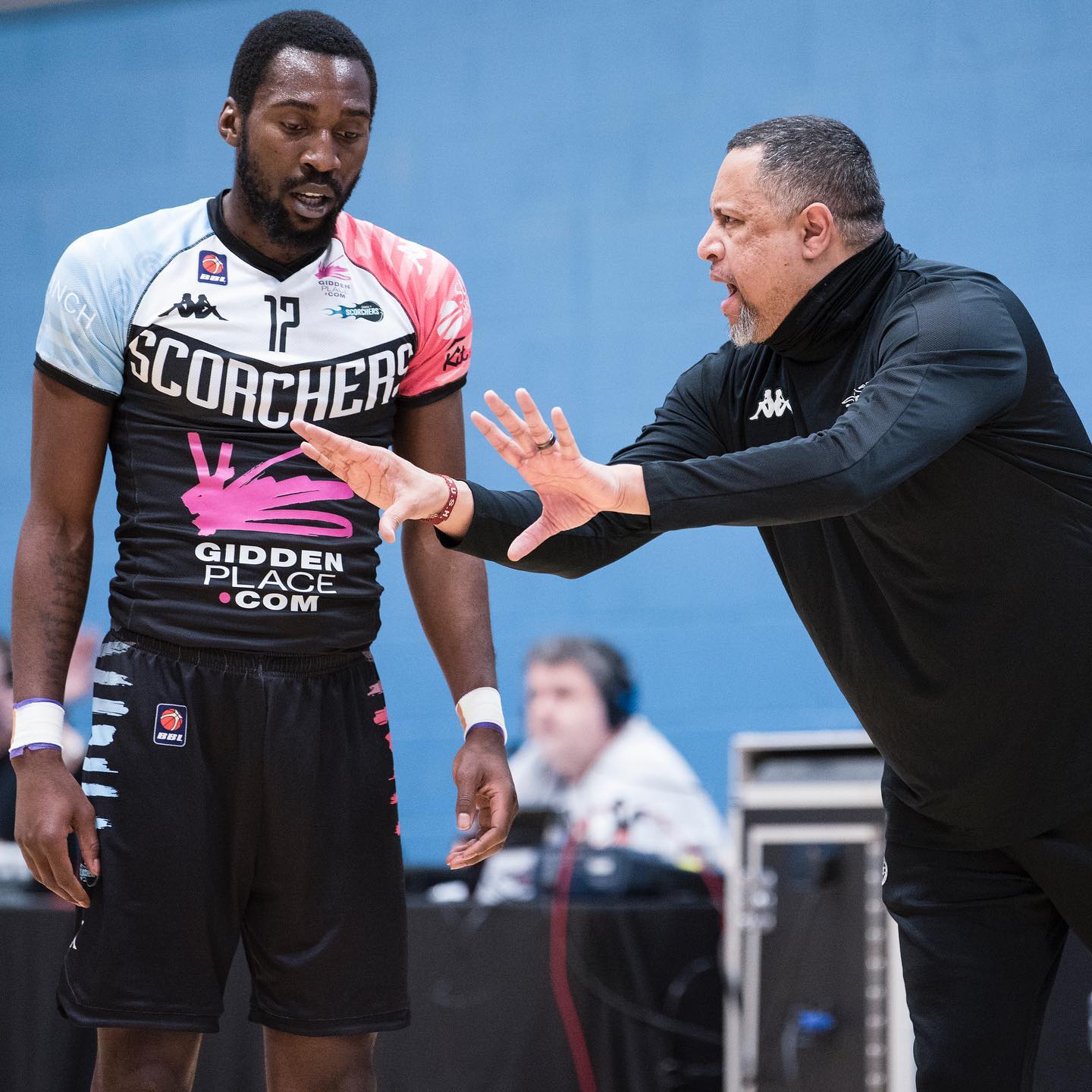 A lights-out scorer that has shown he thrives in the big
moments, the stage is set for Jules Dang Akodo to show the British Basketball
community what he and his Surrey Scorchers teammates can do this weekend as
they get set to play in front of the Sky Sports cameras.

The Scorchers’ visit to Plymouth Pavilions to take on the
Plymouth City Patriots is this weekend’s live fixture, tipping off at 7:30pm
live on Sky Sports, and we caught up with the sharpshooting Surrey guard
recently to look ahead to the game.

“I’m just enjoying playing at all, to be honest. I’ve had a
few injuries in recent times, unfortunately, so I’ve not been able to play as
much as I’d have liked to play this season, but being here at Surrey is great
for me. We’ve got an opportunity to do something special here at the club, for
sure.

“I’ve got a reputation as an elite shooter and a high-energy
guy, I guess, but I feel I can be a really strong all-rounder and I’m eager to
show that. I think the next step for my development is playing with freedom as
that’ll bring the best out of me.

“Friday is going to be a big occasion, but we’re trying to
stay locked in on our roles and responsibilities and what we have to do to win
the game. We know there will be expectations, but we just want to play freely
and not notice the pressure, because that’s when we’re at our best.”

“We’ve got a really good group here that has a lot of
potential.”

Ninth in the BBL Championship at this stage, ahead of the
Patriots in 10th, Surrey’s injury-laden roster have struggled to
secure wins so far this season, although they have shown many flashes of their
potential on many occasions.

Scorchers Head Coach Creon Raftopolous has assembled a good
group of players with potential to achieve much more than they’re showing at
the moment, Dang Akodo believes, as he discusses the hard work going on behind
the scenes to make sure Surrey deliver on what they feel they’re capable of.

“When we’re all fit and have time to develop that chemistry
together we’ve got a really good group here that has a lot of potential. We
need to work hard to realise that potential quickly, because there’s not much
of the season left, but if we can get it together then we can be really good.

“Injuries are a part of the game and there are no excuses,
but we need to make sure when we all get fit and get back together that we get
it together because we have great pieces, a lot of quality and there is more
than enough talent at every spot to do something special.

“We know we have our critics and people talk about our
defence and things, but we know we have to improve that side of the game and
emphasise it every day at practice. Injuries make going through defensive
rotations and things like that difficult, but we’ve spoken a lot about the
importance of improving on that side of our game and putting in the work.”

“If we can repeat the things that got us that win, we
can do really well.”

The Scorchers started 2022 in the perfect way in BBL
Championship action, as they secured a nail-biting one-point win over the
mighty London Lions at Surrey Sports Park to kick off the new year.

Scoring 12 points in that win for the Scorchers against his
former side, Dang Akodo discussed his emotions coming up against the Lions as
opponents, as well as what he took from the experience of representing Vince
Macaulay’s side and how Surrey need to learn from the ingredients that led to
that vital win.

“It is always fun playing against guys you know. They’re one
of the best teams in the league,  so we
knew it would be a big challenge, but we’ve got to take a lot of confidence
from our performance and beating such a great side. If we can repeat the things
that got us that win, we can do really well this year.

“Being around Justin Robinson and Deandre Liggins last year was
a big experience for me and I learnt a lot from them. How they manage the game,
how they control the clock and how they lead a team, I took a lot from watching
them do those things and I feel like being a leader is the biggest thing I can
bring to the team here in Surrey.

“We need to be more consistent and come to every practice
and game with the right mindset, as we did against the London Lions – our
biggest issue is consistency, for sure, and staying healthy obviously is a
concern as well, but I really believe when we get it together we can be very
good.”

“Coach has put together a really talented roster.”

Whilst fans unfortunately haven’t seen too much of all of
Surrey’s super talent so far this season due to injuries and other factors,
Coach Raftopoulos has put together another group that has whet the appetite of
his team’s supporters, and Dang Akodo discussed his relationship with his Coach
and the side’s qualities in more depth.

“Coach has been great, we’ve had a lot of really good
conversations about his expectations of me and how he wants me to run certain
things on the floor. He has made it easy for me to have confidence in taking
those responsibilities, and I’m excited to play for him and show what I can do.

“Coach has put together a really talented roster. Stanley Davis
Jr. is strong, a great scorer and defender; Lemar Hamrick is very similar;
Martelle (McLemore) and Tayo (Ogedengbe) are great vets; Legend Obertin and
Saiquan Jamison are huge for us, and we’ve got so much more talent – we’ve got
everything we need to be successful.

“We don’t want to be scraping into the playoffs, we’re
better than that and shouldn’t be worrying about what other teams do to decide
whether or not we qualify. If we approach every game with the right mentality
and attitude and win the games we’re supposed to win then we’ll be ok.”