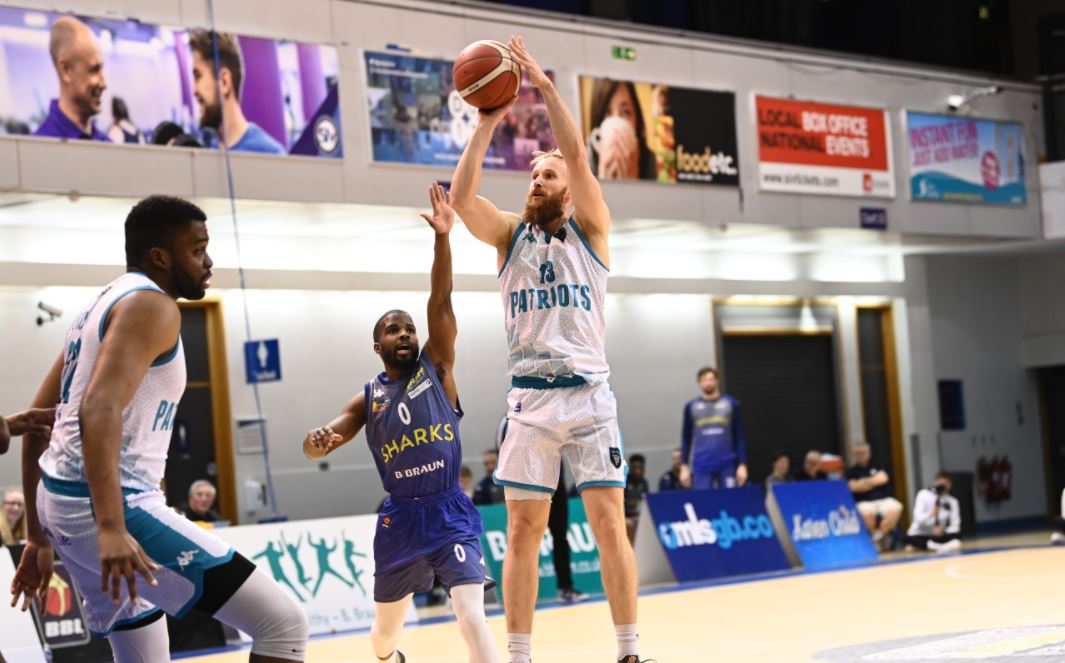 Sheffield Sharks beat the Plymouth City Patriots in a tight affair on Wednesday evening. Earlier in the day London Lions lost their opening round two fixture in the FIBA Europe Cup.

After a solid defensive start from Patriots, Sharks went three from three behind the arc to open up a 19-12 after a low-scoring first quarter.

Patriots responded well in the second, limiting Sharks to just 9 points in the quarter whilst scoring 17 themselves to give them a one-point lead of 29-28 going into the halftime break.

The teams exchanged baskets in the third and could barely be separated. Sheffield won the quarter 15-11 to give themselves a 43-40 lead going into the last.

Patriots were unable to close the gap in the last and slipped to a five-point, 66-61 defeat.

Rodney Glasgow Jr was the standout player for Sharks, finishing with 18 points, three rebounds and three assists while Rowell Graham Bell finished on a game-high 21 points and narrowly missed out on a double-double with nine assists.

London Lions lost 107-82 against Bahceshir College in their opening FIBA Europe Cup round two game. Lions had started well and raced into a five-point lead after the opening quarter, leading their Turkish counterparts 27-22.

Bahcesehir, however, hit back in the second. Outscoring Lions 28-22 in the period to take a one-point lead into the halftime break. It would be a gap that would only widen after the break. The home side won the third quarter 30-12 to take the game away from Lions.

They added 27 points in the last while limiting Lions to 21 to wrap up a comfortable victory.

Jamar Desean Smith finished with a game-high 20 points for Bahcesehir College while Marquis Teague led the scoring for Lions with 19.